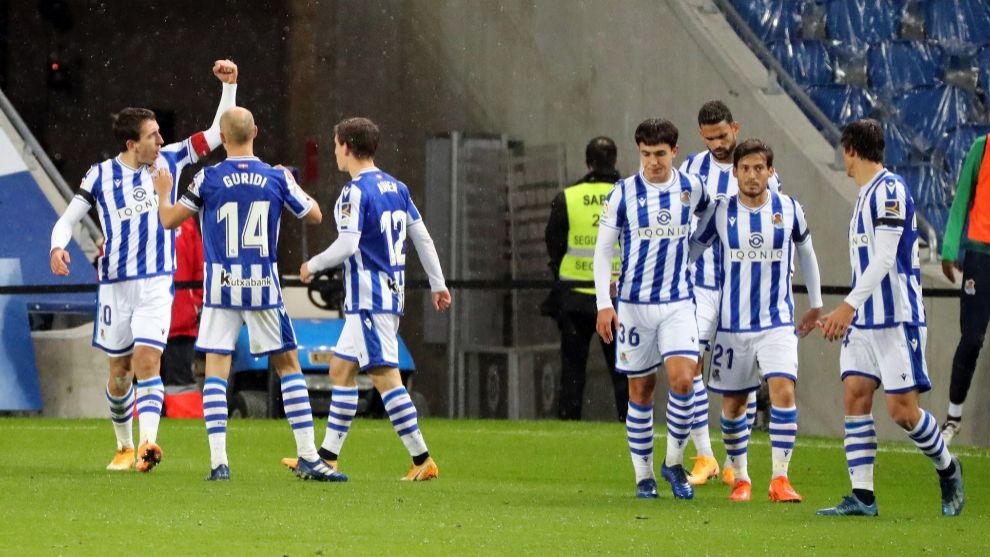 Real Sociedad’s La Liga clash at home to Granada this weekend could be postponed following a spike of positive Covid-19 tests in the visitors squad.

Granada have formally contacted La Liga to request a postponement after confirming two players, Jesus Vallejo and Antonio Puertas, have tested positive alongside four members of the coaching staff.

La Liga have confirmed all players who travelled to Cyprus for their 2-0 Europa League win against Omonia Nicosia cannot travel to San Sebastien due to close contacts with Puertas on route to Cyprus, as per a report from Mundo Deportivo.

The league have previously stated they would request Granada to fulfil the fixture provided they can name 13 players in their squad to face the Basque giants tomorrow night.

The fixture can only go ahead with players that provide a negative PCR test three hours before kick off at the Anoeta Stadium as per the current La Liga health guidelines surrounding coronavirus.