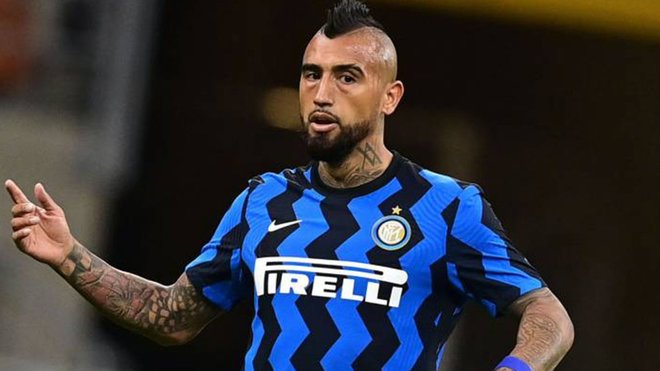 Arturo Vidal: “I was fine at Barça, but then things changed”

Former Barcelona midfielder Arturo Vidal has spoken about the end of his two year spell in Catalonia with Corriere dello Sport as quoted in Sport.

The Chilean is now playing in Italy with Inter Milan under Antonio Conte. It’s his second spell in Italy, having spent four years with Juventus between 2011 and 2015 – Vidal has also played for Colo-Colo in his native land as well as Bayer Leverkusen and Bayern Munich in Germany.

Vidal won LaLiga with Barça in 2018/19 as well as the Spanish Super Cup in 2018. A versatile, tough and tenacious midfielder, he was deemed surplus to requirements by Ronald Koeman and allowed leave Camp Nou for a nominal fee this past close-season.

“I was fine at Barça – there was a good group there, colleagues that had become more than friends,” Vidal said. “When you’re happy you want to stay where you are, but things changed and so I made the decision to come to Inter.

“I’m hungry to win Serie A and dream of winning the Champions League. I’m here mainly because of [Conte]. We spent three years together at Juventus, we won a lot and had an unforgettable experience. He loves me – we spoke a lot during the summer and both he and the club did everything they could to get me here.”

When asked to compare Cristiano Ronaldo – now a domestic rival at Juve – and his former teammate Lionel Messi, there was no hesitation. “There’s no comparison between Ronaldo and Messi. Leo is an alien,” he said without blinking.

Vidal featured in Inter’s 3-2 defeat in Madrid against Real Madrid in the Champions League last Tuesday, putting in a typically combative performance and picking up a yellow card in the process.

Inter are currently sixth in Serie A, six points behind league leaders and city rivals AC Milan, and are sitting bottom of Champions League Group B with just two points from three games.