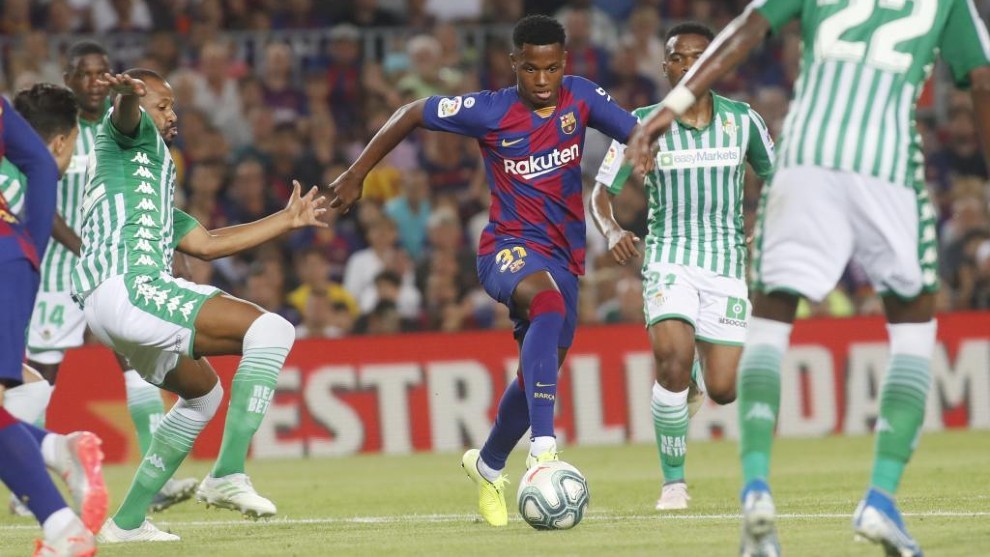 Ansu Fati prepares to face Real Betis at Camp Nou, a fixture of great importance for the teenager

Ansu Fati will play a key role for Barcelona in their bid to beat Real Betis at Camp Nou on Saturday afternoon and earn their first league victory since they defeated Getafe on October 17th.

The winger turned 18 on October 31st, and has four goals and an assist from six appearances to his name so far in 2020/21. Fati has played 72% of Barcelona’s minutes this season – 83% of which in the starting eleven – and has been involved in 50% of their goals according to Transfermarkt.

The youngest goalscorer in:

Fati, born in Guinea-Bissau, has also become a regular with La Roja. Luis Enrique, quoted in Marca, was full of praise for the teenager on Friday.

“His maturity never ceases to amaze me – no one would think that he is just 18 years old,” the Spain coach said. “He interprets the game very well in all its aspects. We must take care that he continues calmly and develops his skills as both a person and a player.”

Fati also has a personal history with Betis. He moved to Seville with his family as a child, beginning his football career with local side Herrera before spending two years with Betis’ great rivals Sevilla. He was poached by Barcelona, however, in 2012, and has remained in Catalonia ever since.