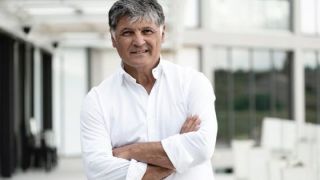 Victor Font has announced that Toni Nadal has joined his bid to become Barcelona president, according to AS.

Nadal is the uncle and ex-tennis coach of Rafa Nadal, and will be on Barcelona’s Board of Directors should Font be successful in his campaign to become club president.

Nadal will work in an area that Font is proposing to establish – governing behaviour – as well as in Institutional Relations.

Born in Mallorca, Nadal is the brother of former Barcelona player Miguel Ángel Nadal and coached Rafa from 1990 until 2017.

Known to be a disciplinarian and a tough competitor who strived to have his charges take responsibility for themselves, the 59 year-old would appear to be a valuable addition to Font’s vision of what a new Barcelona could look like.

“We went to see him in Manacor,” said Font at the presentation. “He has never hidden that he is a Barcelonista. He can work in two key areas that need to be reinforced.

“First, if we can establish it, a new area of the club that will govern behaviour, a cross-sectional area, as well as within Institutional Relations.”

Nadal, for his part, is happy to join the team. “I didn’t know Víctor, but he made a good impression on me when they came to see me in Manacor,” he said at the presentation.

“He spoke to me about economic and institutional issues, and so here I am, excited. Barcelona should continue to be the highest representation of Catalonia and the best club in the world.”

Image courtesy of AS.