Ramos has enjoyed a good week, playing an important role in Madrid’s 3-2 defeat of Inter Milan in the Champions League on Tuesday evening and scoring his 100th goal for the club.

Marca ran the poll to foreshadow France Football’s forthcoming Ballon d’Or ‘Dream Team’ award, which will replace the traditional individual award due to the impact of the Coronavirus pandemic. 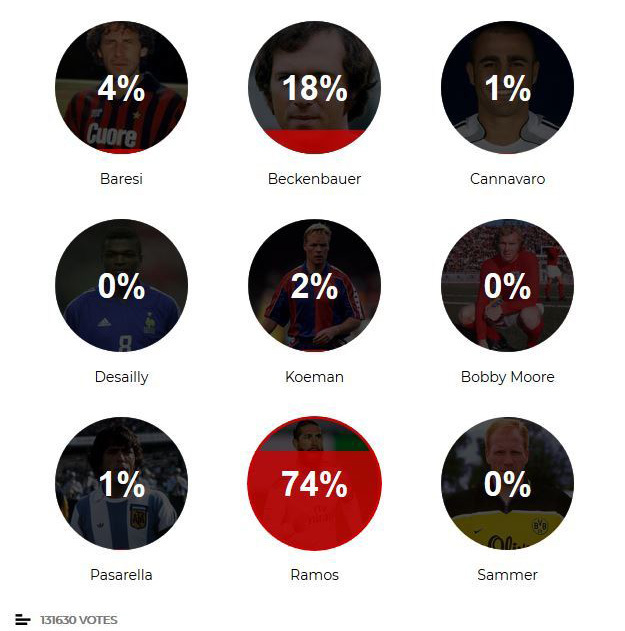 Both images are courtesy of Marca.