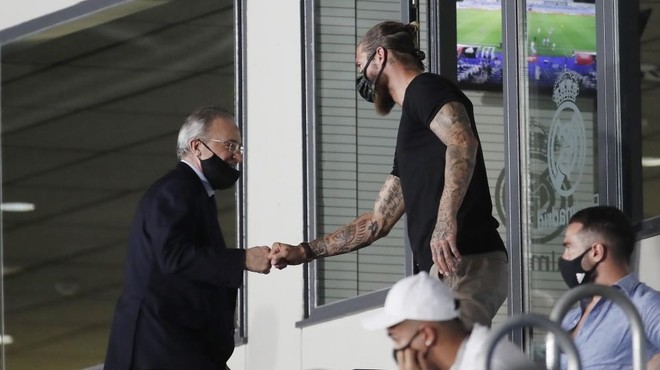 Real Madrid president Florentino Perez has such a close relationship with club captain Sergio Ramos that Marca have described it as a father-son dynamic.

The report claims that the two are in constant contact and do not use any intermediaries to hold conversations.

It follows on from a report in Deportes Cuatro, who say that Madrid are yet to make a new contract offer to the iconic central defender, whose current deal expires next summer.

It is claimed Madrid will offer the Spain international a new deal but they still are not sure whether it a one-year or two-year contract would be preferrable.

That report added that the 34-year-old is intent on ending his playing career at Los Blancos and has no doubts that he would like to renew his contract.

On January 1, 2021, Ramos will be free to sign with another club as he will have entered the final six months of his contract and will therefore be able to hold discussions elsewhere within the terms of his deal.