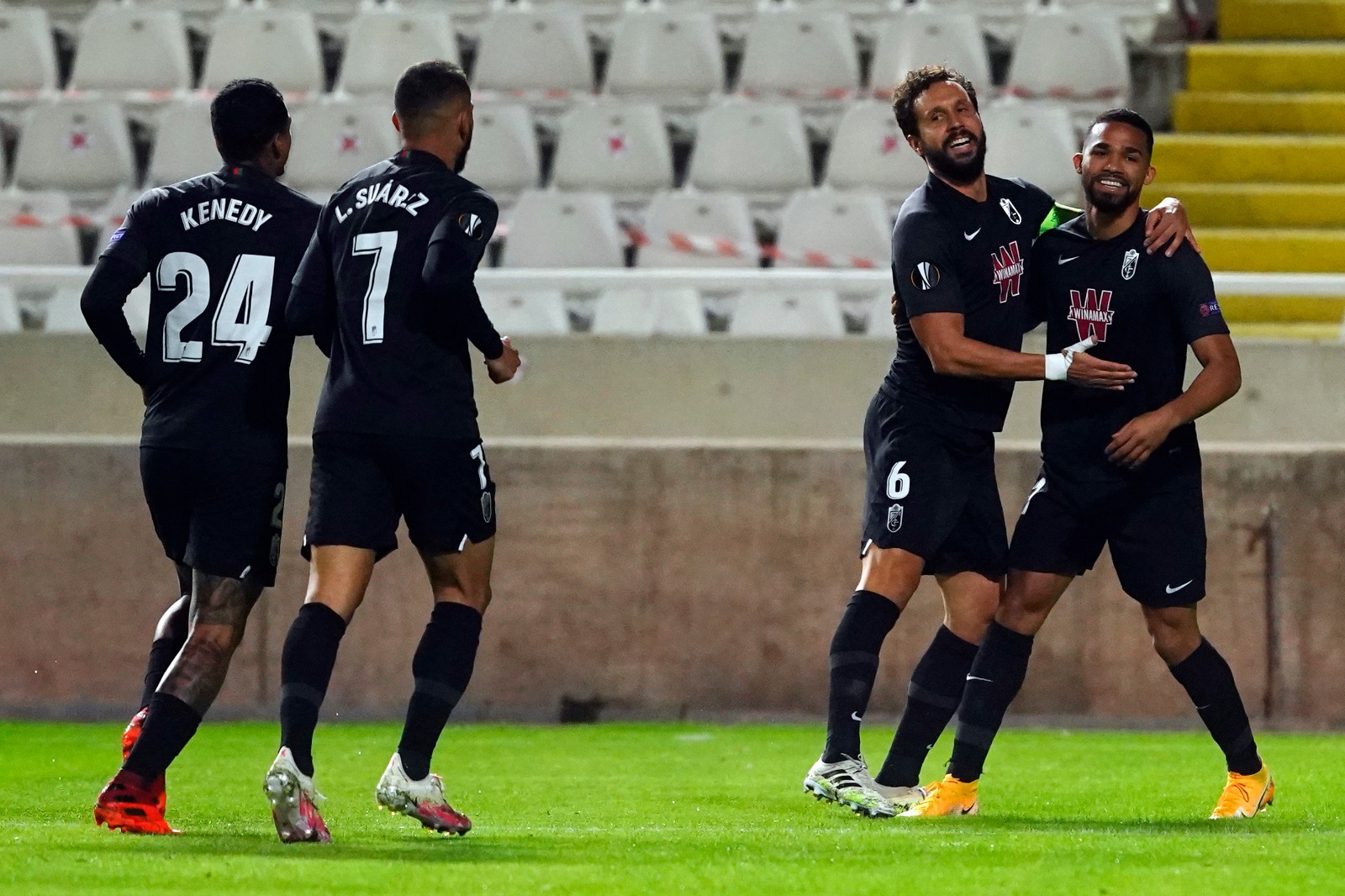 Diego Martinez’s side are unbeaten so far in Group E with a 2-1 win at PSV Eindhoven and a goalless draw at home to PAOK Salonika.

The Andalucians have now racked up seven points from three group games, with a goal in either half from Yangel Herrera and Luis Suarez in a 2-0 win in Cyprus.

The visitors dominated from kick off in Nicosia as Manchester City loanee Herrera tucked home from inside the box after Omonia failed to clear a corner after four minutes.

Darwin Machis and Suarez were both denied by home keeper Fabiano Ribeiro before the break.

The La Liga side picked up where they left off after the restart with Suarez sweeping home Luis Milla’s low cross.

Suarez almost extended Granada’s lead late on, but Ribeiro came to the hosts rescue once again on 78 minutes.

Granada now have a three week break from European action before facing Omonia at the Nuevo Estadio de Los Carmenes on November 26.