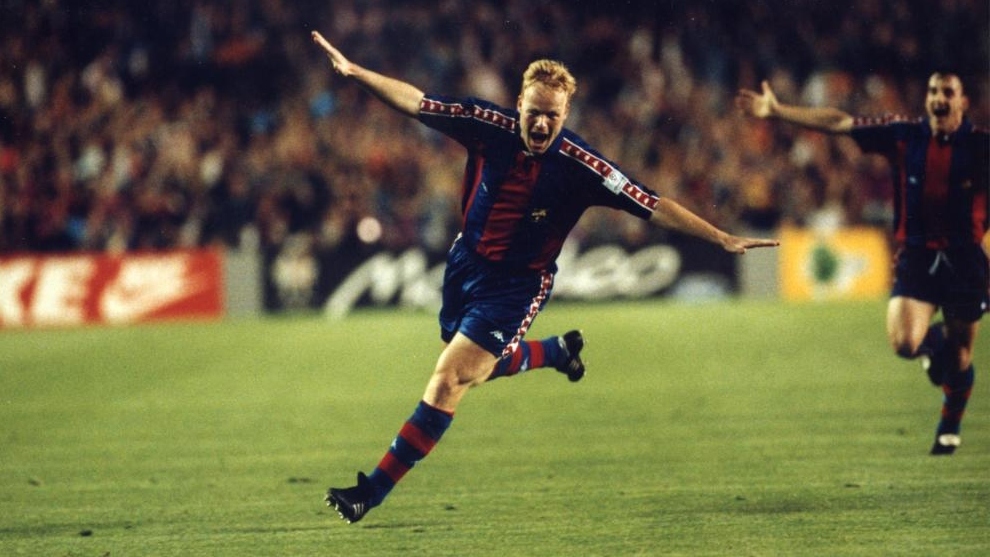 Ronald Koeman will lead Barcelona from the sidelines against Dynamo Kiev in the Champions League – an opposition who were on the receiving end of one of his most memorable moments in his playing career.

The Dutchman memorably scored the winning goal to secure the Catalan club’s first ever European Cup title back in 1992 in the final against Italian side Sampdoria.

However, the next year the Blaugrana were shockingly eliminated by CSKA Moscow and they feared a repeat in the 1993/94 campaign against Dynamo Kiev, especially after losing 3-1 in the Ukrainian capital.

Marca reflect on the game and quote Koeman – a star of that Barcelona team – as saying at the time: “We always compare ourselves to Milan, but we are not even half of that team.

“To win games, quality is not enough, more things are needed.”

Koeman also continued his talking onto the pitch for the return leg, as he scored the decisive goal for the Blaugrana to win 4-1 in the Camp Nou.

In almost prophetic words, Barca were to play Milan in that season’s final but were beaten 4-0 in the showpiece.