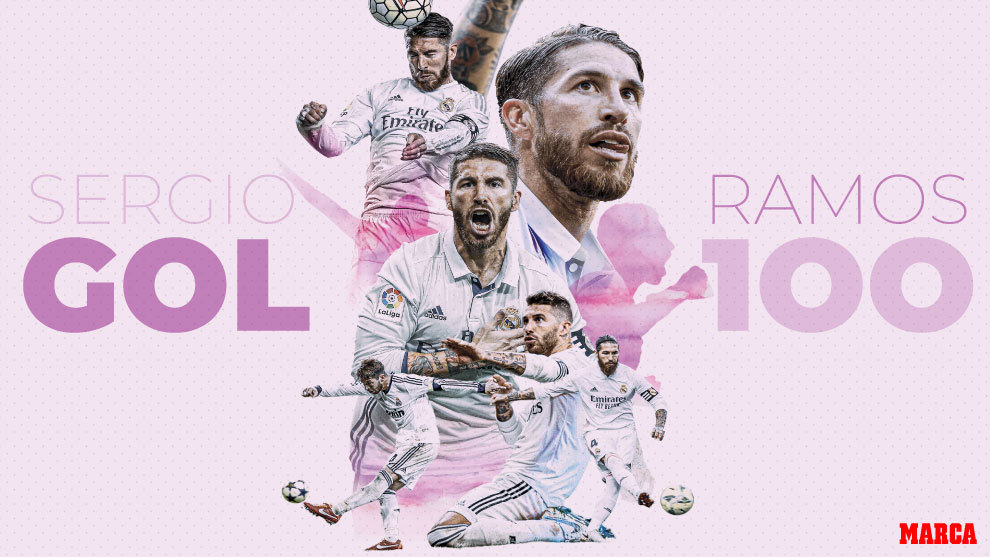 Real Madrid captain Sergio Ramos scored his 100th goal for the club on Tuesday night, becoming what is being described as the first “pure defender” to reach the landmark by Marca.

Ramos headed home in the 37th minute in Tuesday night’s 3-2 Champions League victory over Inter, entering an exclusive club of 19 players for Madrid who have hit triple figures in terms of goals.

Of those players, 15 are forwards, there are two midfielders (Pirri and Míchel) along with Ramos and Fernando Hierro – predominantly a central defender, but who often played further forward during his illustrious career with Los Blancos.

The goal on Tuesday came almost 15 years after the first for Ramos in a Madrid shirt – heading home from a Raul Bravo free-kick in a Champions League encounter against Olympiakos on 6 December, 2005.

His second goal came just five days later – in a 2-0 win at Malaga, while the assist was provided by now Madrid Zinedine Zidane.

Ramos has scored in every season of his Madrid career, whilst his tally of 13 goals last season was the highest in his career.