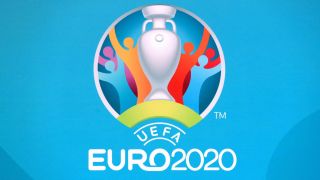 UEFA are considering playing next summer’s European Championships in only Russia rather than the original plan of 12 host cities, according to a report in Le Parisien.

Bilbao – situation in the Basque Country – was the only Spain-based ground set to host matches in the tournament, which was postponed by a year from the summer of 2020 back to 2021.

Amsterdam, Baku, Bucharest, Budapest, Copenhagen, Dublin, Glasgow, London, Munich, Rome and St Petersburg were the other 11 nations, but it is now said that a back-up plan is being drawn up to move the competition to Russia.

It is said that nation’s successful hosting of the 2018 World Cup would make it an ideal candidate for holding such a tournament at relatively short notice due to the infrastructure already in place.

The plan has come amid increasing scepticism that the original pan-national tournament could be held across the continent due to rate of Covid-19 infection and mass travel restrictions which may remain in place.

Holding the competition in Azerbaijan has also been removed from the table due to their ongoing conflict with Armenia.