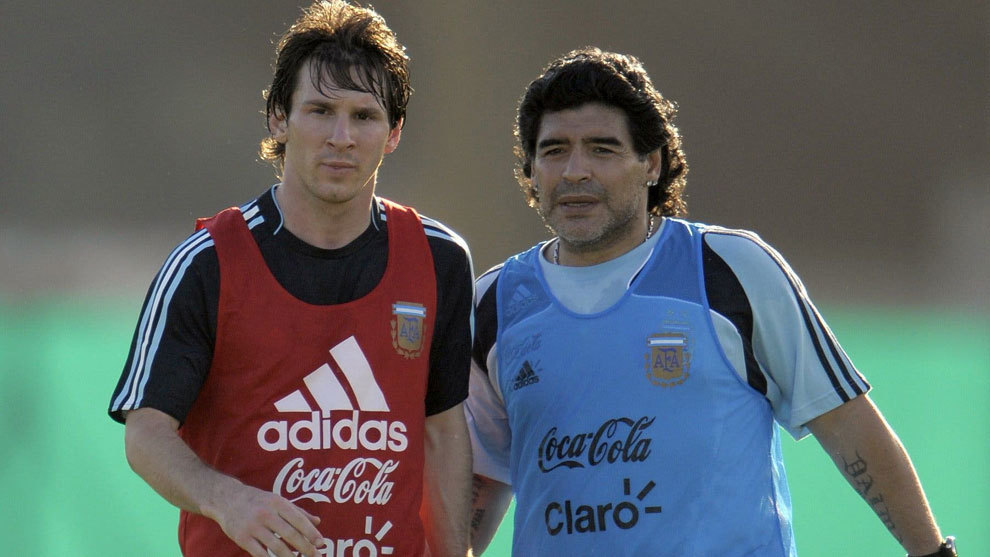 Diego Maradona “knew it would end badly” for Lionel Messi at Barcelona: “It happened to me too”

Diego Maradona has claimed he knew that Lionel Messi was going to clash with Barcelona at some point his career: “I knew that this was going to end badly.”

It follows Messi news this summer that the player was intent on leaving the Camp Nou, while he is now into his final 12 months of contract with the Catalan giants.

The 33-year-old has a clause in his deal allowing him to leave at the end of any season, and whilst that deadline officially had passed in June, Marca had reported in late August that his camp believe that it has been extended in line with the prolonged 2019/20 season and he tried to force an exit.

Messi later climbed down from those demands in an exclusive interview with Goal.com, where he hit out at the leadership of the club and confirmed he had intended to leave at the end of last season.

However, his contract had a €700m release clause and the Blaugrana were not willing to negotiate down on this clause, while Messi said he was not prepared to take the club to court.

Maradona told Argentine outlet Clarin, as per Marca: “I knew that this was going to end badly and I thought Leo was leaving. It happened to me too. Barcelona is not an easy club and he has been there for many years and he was not treated as he deserved.

“He gave them everything, he took them to the top and one day he wanted to go out to change the scene and they told him no. What happens is that slamming the door on them is not easy, there is a contract, a very big club, the people who will not allow it. I didn’t do it at Napoli.”

Maradona is currently at the helm of Club de Gimnasia y Esgrima La Plata in the top-flight of Argentinean football, continuing his lengthy and distinguished career in the sport.

The future of Messi may have been shaped by the resignation of Barcelona club president Josep Maria Bartomeu and his entire board earlier this week.