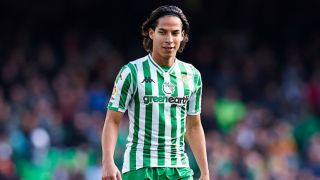 Two Mexicans in the south of Spain. One is a little older than the other and is reminding him of it, teasing his compatriot relentlessly as they kick footballs into three small goals in the centre of the Real Betis training pitch. The older one wears his age well – in his early thirties, his face is appropriately lined but he is in good shape. He has looked after himself. The other is the picture of youth – in his late-teens, fresh-faced and clean shaven, betrothed with the glint-eyed innocence of a youngster with the world at his feet.

That was in March 2019. The two Mexicans were Andrés Guardado and Diego Lainez, two footballers at opposite ends of their careers. Guardado has enjoyed a diverse career befitting of his flexibility, playing in his native land, Spain, Germany and Holland as well as making 164 appearances for his country. Lainez, by comparison, is a young pup, signed by Betis from Club América at 18 and yet to make 100 senior appearances in his chosen sport.

His potential is evident. A slight and fleet-footed winger, Lainez matches his ability with the temperament of a scrapper – always a good thing in the modern game. A good microcosm of his game is a 2018 friendly against the United States. Lainez torments opposing defender Matt Miazga to the extent that they go face-to-face in a confrontation. Miazga is 6’4 and makes derogatory references to the 5’7 Lainez’s short stature. Lainez, eye-contact not wavering, is nonplussed. “Pendejo,” he mutters. The interaction reflected well on the Mexican, and it is something he’ll need to draw upon if he intends on breaking into a Betis starting lineup that has thus far seemed impenetrable.

“He is a player in whom I have a lot of confidence,” Betis coach Mauricio Pellegrini told Marca last week. “He is young and he still has to improve some aspects of his game, but every time he enters he shows dynamism and an ability to do different things with the ball.” If that sounded like a qualifying statement, it’s because it was. Lainez had attracted offers from Cádiz, Huesca, Levante and Eibar, and all signs point to Betis being open to the young winger leaving either permanently or on loan. Lainez, however, wanted to stay at the Benito Villamarín and fight for his place. He arrived in something of a blaze of glory, and one gets the idea that he is not ready to give up on his Andalusian ambition.

Real Betis have won three of their opening seven La Liga matches and this season looks more unpredictable in Spain than ever. It will no doubt attract a lot of eyes in the betting market this season as always, and you can check out all the best free betting offers on https://www.olbg.com/free.php.

Lainez began his career with América, one of the biggest clubs in Mexico. He had been born in Villahermosa, Tabasco, but joined América’s youth set-up in Mexico City aged 12. He made his senior debut at 16 and was picked up by Betis for a fee in the region of €14m less than two years later. “There was a lot of chat surrounding him since the early years,” remembered Miami-based Mexican football expert Patrick Meehan Nader. “When you come up in América you’re expected to become a great player, and people knew he could become special early on because of the way he handled himself – he was both very mature and professional while also being one of the most exciting youngsters Mexico has produced in a while.

“He definitely had his ups and downs. The expectations were high because he was in one of the biggest teams in Mexico but I think in general he was able to fulfill them – you can tell he was learning from his mistakes and working to correct them all. The objective was always going to be to go to Europe. Some say it was too early for him to go, while others say he should’ve gone earlier. I was surprised he went straight to La Liga instead of moving to a lesser league to earn more minutes and European experience. While performing for the Mexican national team, he always brings a spark of energy. He performed well for Mexico’s underage teams, but I feel like he has always been ready to be in the senior team. He’s not a decisive player yet, but he’s shown himself to be a magnificent rotation player.”

The view from Spain is somewhat similar – Lainez has undoubted potential, but the only question is how best to unleash it. “When Lainez arrived at Betis there was great hope, yes,” recalled Seville-based journalist Jesús Sevillano. “But he was practically unknown to most Betis fans. He arrived as a promising young Mexican footballer. Perhaps the price of the transfer – estimated as being between €13m and €15m – was economically a rather risky bet for a Betis still growing financially, and that, alongside other reasons, is part of why it hasn’t quite succeeded.

“He really wants to succeed at Betis, alongside one of his idols, Guardado. That’s why he has rejected offers to leave, both permanently and on loan, in the last few transfer windows. He appears to be a good player – young, cheeky, unafraid of attacking opposing defences. But I think that he needs to gain a bit more experience, perhaps play 40 games a season in a team where he’s of greater importance than at Betis thus far.”

That is the big question; whether Lainez would be better served going on loan to a club where he can play an important role or trying to break into the Betis starting line-up. So far, Pellegrini has proved tactically flexible. Two formations he’s chosen this season have been a 4-2-3-1 where William Carvalho and Guido Rodríguez operate as a double pivot behind a three of Sergio Canales, Nabil Fekir and Joaquín, as well as a 4-1-4-1 where Rodríguez is the sole sitting player with Cristian Tello taking Carvalho’s place. Either formation could contain a role for Lainez – he just has to make himself indispensable and take his game to the next level. 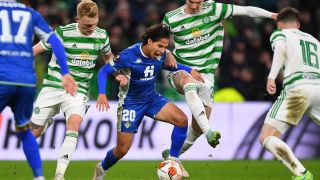 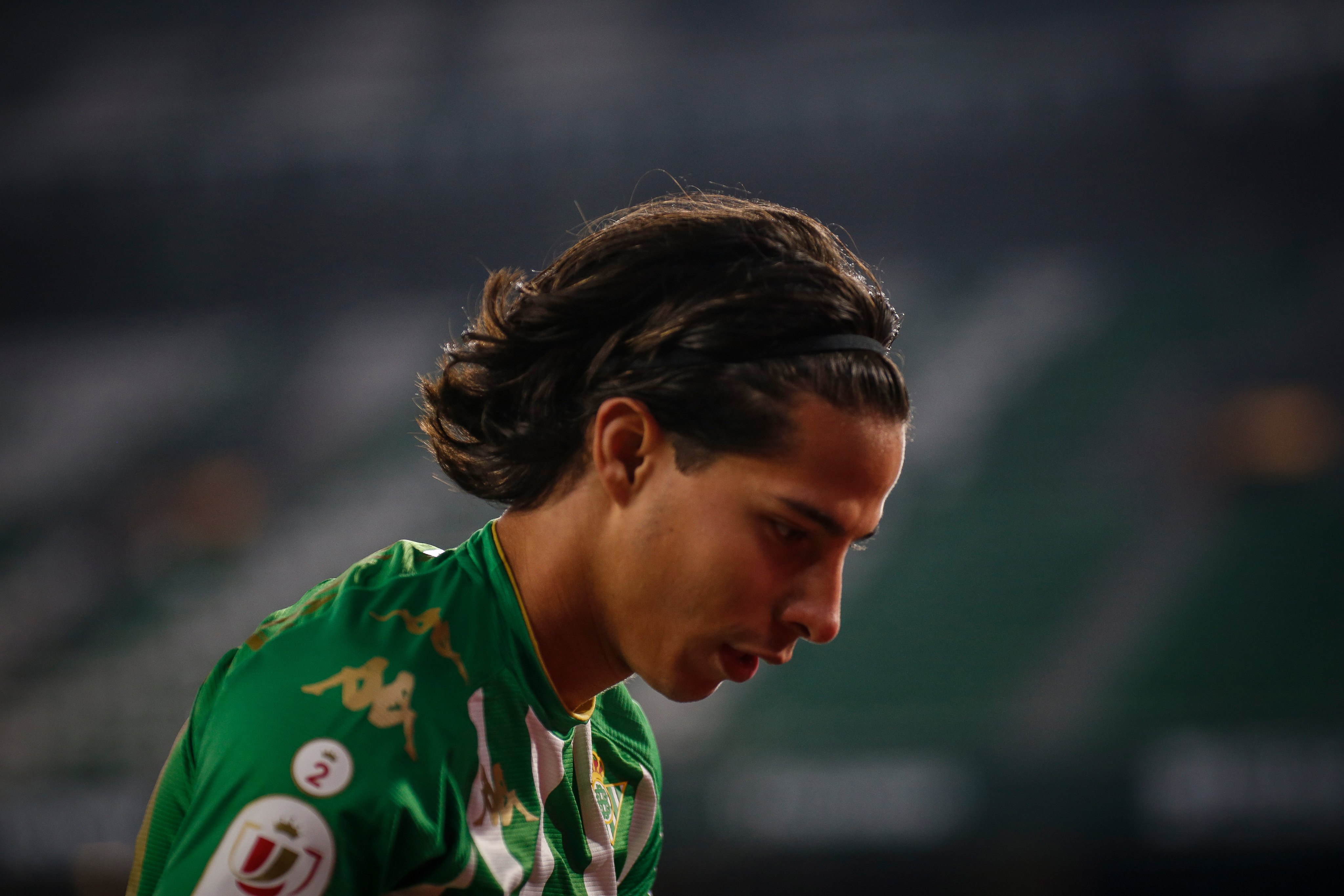 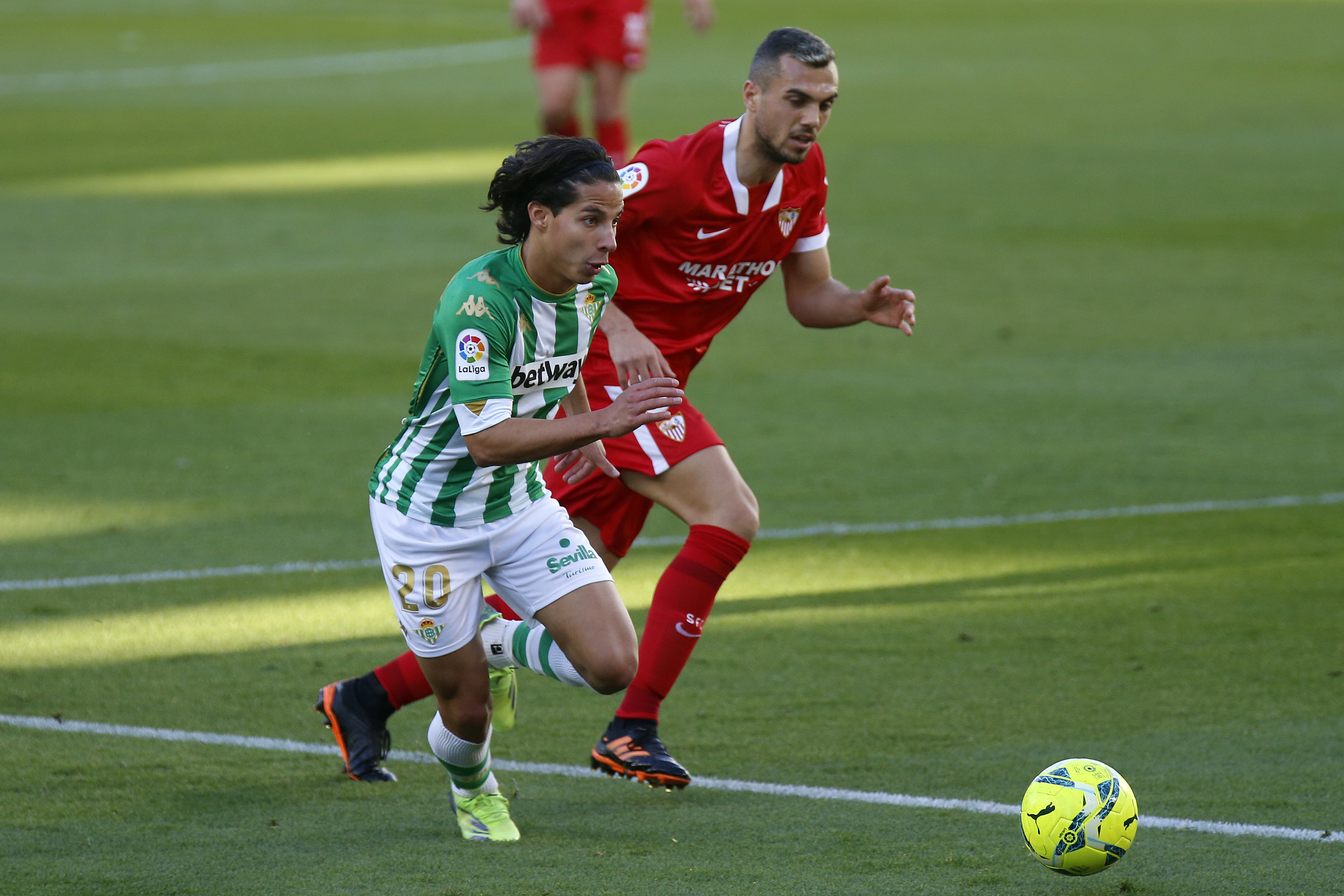