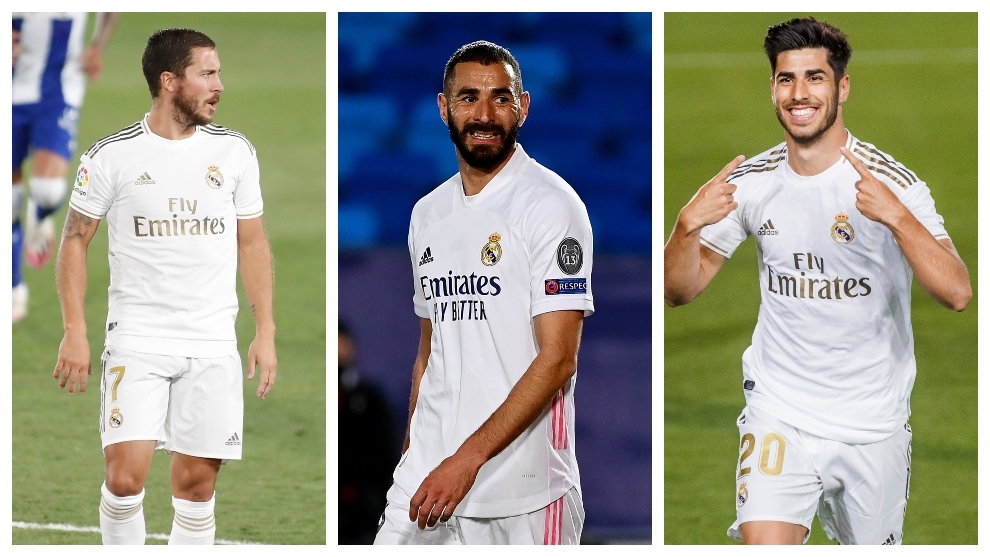 Real Madrid boss Zinedine Zidane has all three of his three preferred attacking players available for the first time in his tenure, report Marca.

Karim Benzema has led the line for Los Blancos throughout Zidane’s second tenure at the helm, but not once have both Eden Hazard and Marco Asensio also been available for selection.

Asensio missed almost the entirety of last season after sustaining a knee injury while Hazard has also been troubled with injury issues since the middle of last season, and has yet to feature in La Liga this campaign.

As outlined by Marca, the Belgian star featured for Zinedine Zidane’s side against Borussia Monchengladbach this week – his first appearance for the club in 81 days, dating back to their exit from the competition to Manchester City on August 7.

Hazard netted just one goal across 23 appearances in his debut campaign in Spain, although Madrid ended up winning their first league title in three years.

Meanwhile, Asensio sat out almost a year of action last season after suffering ligament damage in his left knee last July and scored on his return to action in June from the bench in a win over Valencia.

The return of Asensio and Hazard may see game time for the likes of Vinicius Junior, Rodrygo Goes and Luka Jovic further reduced in what may dominate Real Madrid news in the coming weeks.