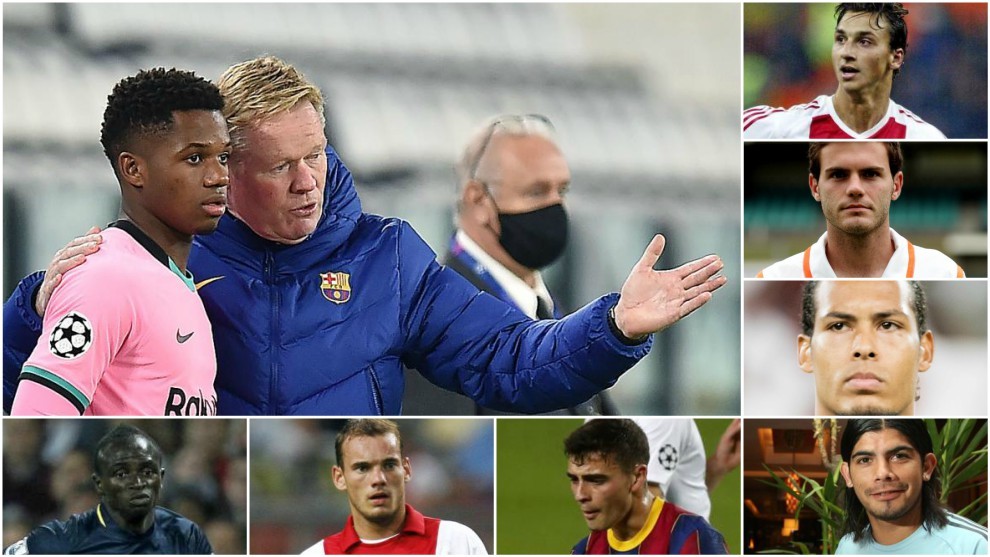 Barcelona boss Ronald Koeman is continuing his tradition of blooding teenagers into his first-team squads and aiding their development, as highlighted by a report from Marca.

Under Koeman, 17-year-old stars Pedri and Ansu Fati are blossoming into first-team regulars for the Blaugrana, while American full-back Sergino Dest, 19, is also showing signs of becoming an important first-team star.

The report outlines how this has been the case throughout Koeman’s managerial career – with his time at Ajax seeing the rising stars of Zlatan Ibrahimovic, Wesley Sneijder and Rafael van der Vaart all developed.

The trend continued during Koeman’s spell at Valencia, with Juan Mata and Ever Banega among the talented youngsters who were developed and given prominent match-time during his stint at the Mestalla.

This continued for Koeman at Southampton – where current Liverpool stars Sadio Mane and Virgil Van Dijk came to prominence – and then at the Netherlands, with Matthijs de Ligt and Frenkie de Jong developed into stars under Koeman’s tutelage.