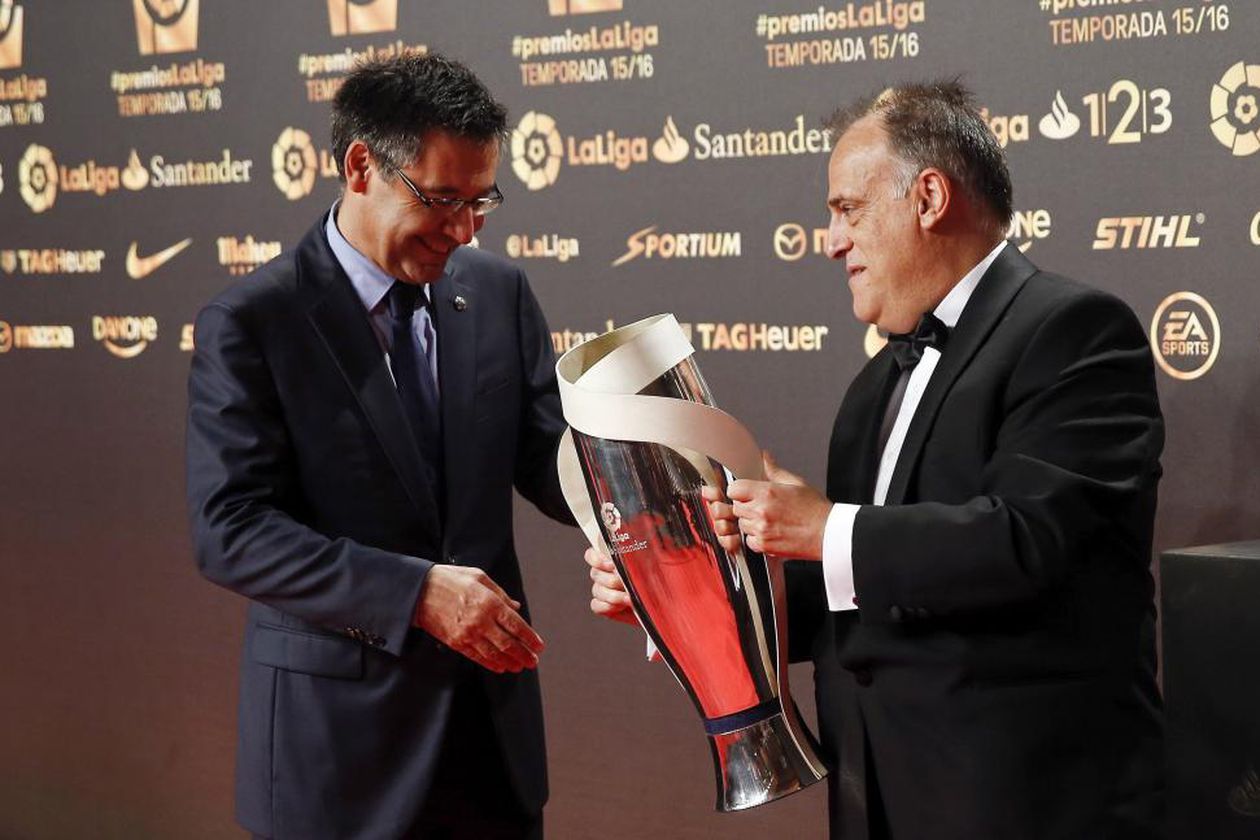 “This would guarantee the financial viability of the club going forwards. We have accepted the future Club World Cup.”

Spanish outlet Diario AS outlined plans for a theoretical European Super League on Wednesday, claiming that 18 teams from across Europe may compete in the competition and there is an intention to commence matches from 2022.

It is planned that either 16 or 18 teams will participate in the competition, which plans to get underway in 2022 and will be funded by JP Morgan bank.

The biggest clubs in Spain, England, Italy, Germany and France are all said to be in talks regarding the new competition, which aims to replicate the Euroleague basketball model.

Unsurprisingly, La Liga chief Tebas has now condemned such plans – which would have an adverse impact on the competition he governs.

“Unlucky Josep Bartomeu, announcing on his last day the participation in a phantom competition  which would lead to ruin for Barcelona, and confirms their ignorance in the football industry,” Tebas wrote on Twitter.

“It is a sad end for a president who had successes and lately, errors.”