Barcelona signing Pedri may be one of football’s greatest bargains

Barcelona’s signing of teenage star Pedri may turn out to be one of the greatest bargains by Spanish clubs in recent history, as argued by a report in Marca.

Pedri is now being compared to the bargain deals completed by Spanish clubs in recent times including Real Madrid’s signing of Marco Asensio and Raphael Varane, Sevilla signing Dani Alves and Juan Mata’s move to Valencia. 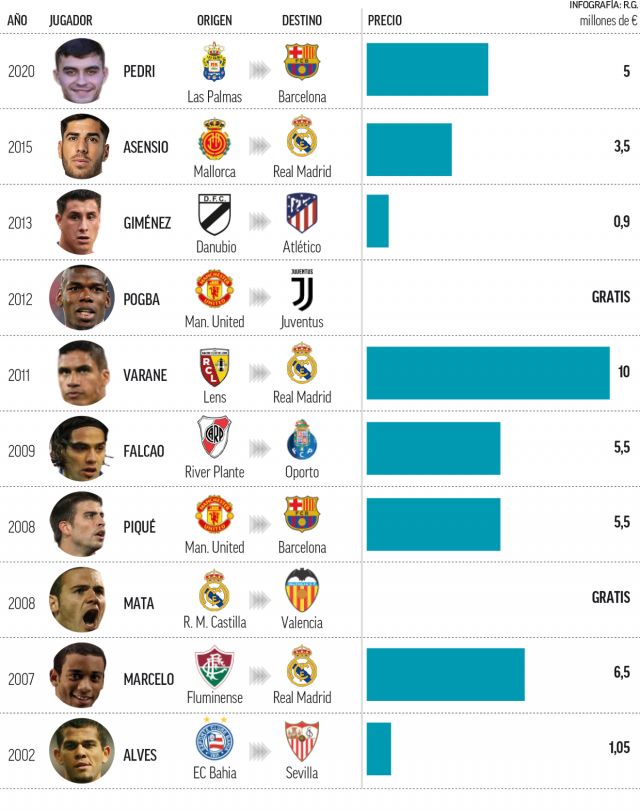 As highlighted by a report in Marca earlier this week, the teenager had to take a taxi home from the Camp Nou after scoring in his Champions League debut against Ferencvaros.