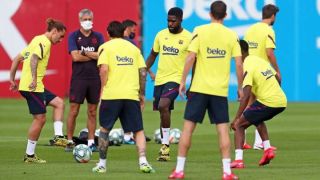 The AFE Spanish players union has given its backing to Barcelona players who are opposed to the club’s attempt to force a wage reduction upon them.

As highlighted by Marca, the first-team squad at the Camp Nou has already sent a burofax to the club outlining their opposition to the plans which would enforce a 30 percent salary reduction upon them, and the AFE will now throw their weight behind the players.

It follows a report in Marca that there is a split in the club dressing room, which it describes as “broken”, between a small number of players open to the wage cuts but the majority do not trust the club’s motives.