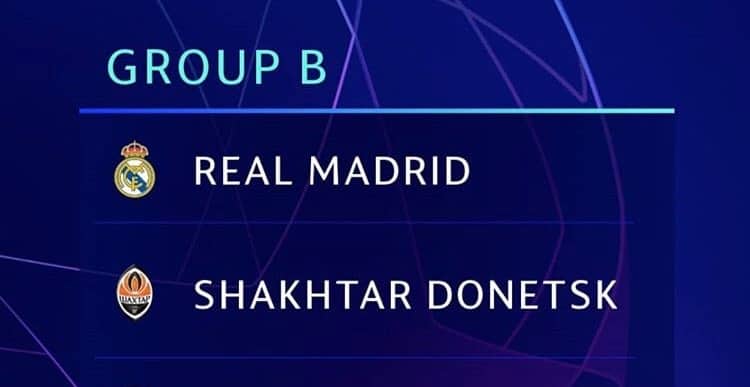 Real Madrid suffered a shock defeat at the hands of Ukrainian side Shakhtar Donetsk – who had 13 first-team players unavailable – in their opening Champions League clash on Wednesday.

Madrid, who were overwhelming favourites going into the encounter, were three goals down by half-time and were left shell-shocked by the visiting side.

😍 INCREDIBLE! We started the new @ChampionsLeague campaign with a BIG victory! 👏🏻

The next group stage game is vs Inter Milan in Kyiv on October 27th. #RealMadridShakhtar #UCL https://t.co/tcZWhFNeji pic.twitter.com/6K0wUcG0Qr

All of Shakhtar’s goals came in a devastating 13-minute spell before the break, with strikes from Tete and Manor Solomon coming either side of an own goal from Madrid defender Raphael Varane.

Zinedine Zidane switched up his attack in the second half with the rested Karim Benzema and Vinicius Junior replaced Rodrygo Goes and Luka Jovic respectively, and there was a response after the break.

Luka Modric pulled a goal back nine minutes after the break and Vinicius netted just before the hour mark to set up a grandstand finish, but Los Blancos were unable to build on their momentum and fell to a shock loss, as Fede Valverde’s late equalising strike was disallowed for Vinicius Junior standing in an offside position.