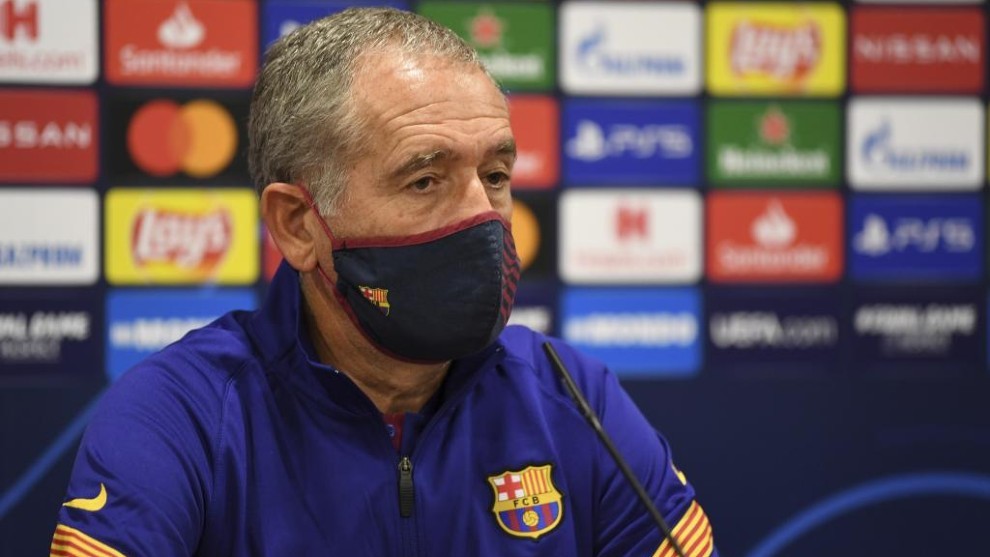 Barcelona coach: “What is the problem in dedicating Champions League win to Bartomeu?”

The coach who led Barcelona to the Champions League Futsal title this month has claimed he does not see the problem with dedicating the success to club president Josep Maria Bartomeu.

The embattled club supremo has endured a tough couple of months and he faces a vote of no confidence after a motion which drew over 16,500 club member signatures was passed earlier this month.

“I arrived at the club nine years ago and the president who is now there was already on the board,” Andreu Plaza (pictured) explained, as per Marca.

“To me personally and to the team, he has treated us fantastically well. We have had everything we needed – players, structure and support. I repeat, I dedicate the Champions League victory to president Bartomeu.

“What is the problem in dedicating Champions League win to Bartomeu?

“I am not saying anything against anyone or making any political speech against or in favour of anyone. I have dedicated it to a person who I think deserves it.”

Barcelona defeated ElPozo in this season’s final to win their third title in the re-arranged tournament, played behind closed doors in the Catalan city.

His term as club president will end next year with elections called for March, but a group of fans want to force an earlier exit this year, as per Diari Catalunya.