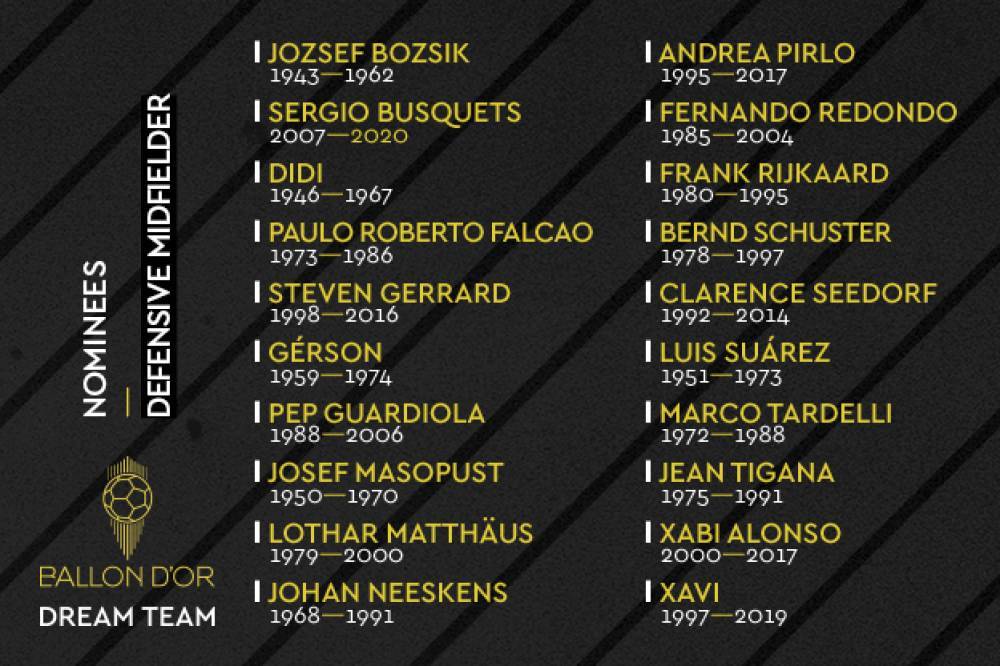 Six Spaniards have been nominated in the Ballon d’Or Dream Team by France Football and as summarised by Marca.

Pep Guardiola, Sergio Busquets, Luis Suárez, Xavi Hernández, Andrés Iniesta and Xabi Alonso are the six former La Roja international stars who have been included in the shortlist, which totals 40 players – 20 each in the defensive and attacking midfield positions.

Iniesta and Busquets are the only currently active players who has made the shortlist while their former Blaugrana teammate Xavi Hernández is also included, alongside Xabi Alonso – whom they played alongside at international level with but who starred domestically for Real Sociedad and Real Madrid.

Pep Guardiola, former captain and legendary head coach of Barcelona, is also on the list along with Luis Suárez – not to be confused with his namesake, currently at Atletico de Madrid.

Current Madrid boss Zinedine Zidane is included on the list, alongside former Madrid stars including Alfredo Di Stefano, Raymond Kopa and Ferenc Puskas – a trio of legends who all retired in the latter half of the 1960s with László Kubala, Gheorghe Hagi and Diego Maradona former Barcelona stars who made the cut.