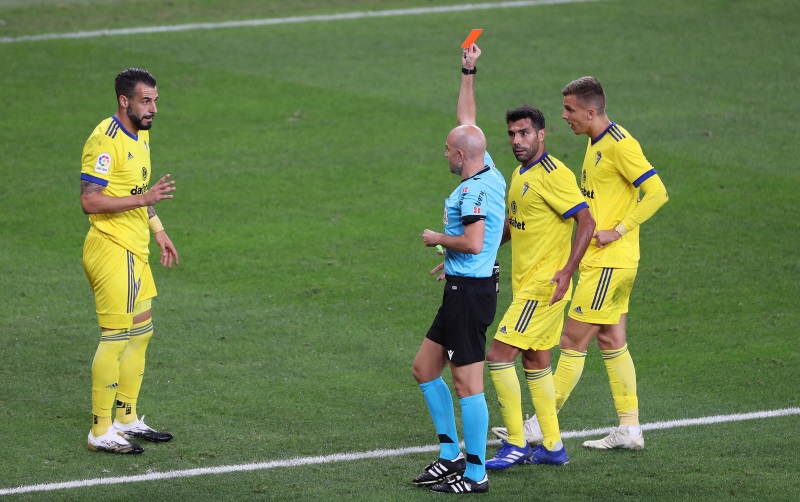 Newly-promoted Cadiz secured a memorable victory away at Athletic Club Bilbao despite ending the match with nine men after having two players sent off.

After a goalless first half in the San Mames, the visitors had right-back Carlos Akapo sent-off but they hit the front when Unai Nunez inadvertently put through his own net.

Alvaro Negredo (pictured) was then dismissed as Alvaro Cervera’s side finished with nine players, but held on against a late barrage of Athletic pressure to secure a vital three points.

It was Cadiz’s second successive away victory – the first time they have completed that achievement in the top flight since 1994 – and means they now have six points from their opening four games.

Elsewhere, Sevilla made it two wins from two in La Liga – following their late win at Cadiz on Sunday – as Youssef En-Nesyri netted a last gasp goal to secure a 1-0 home win against Levante.