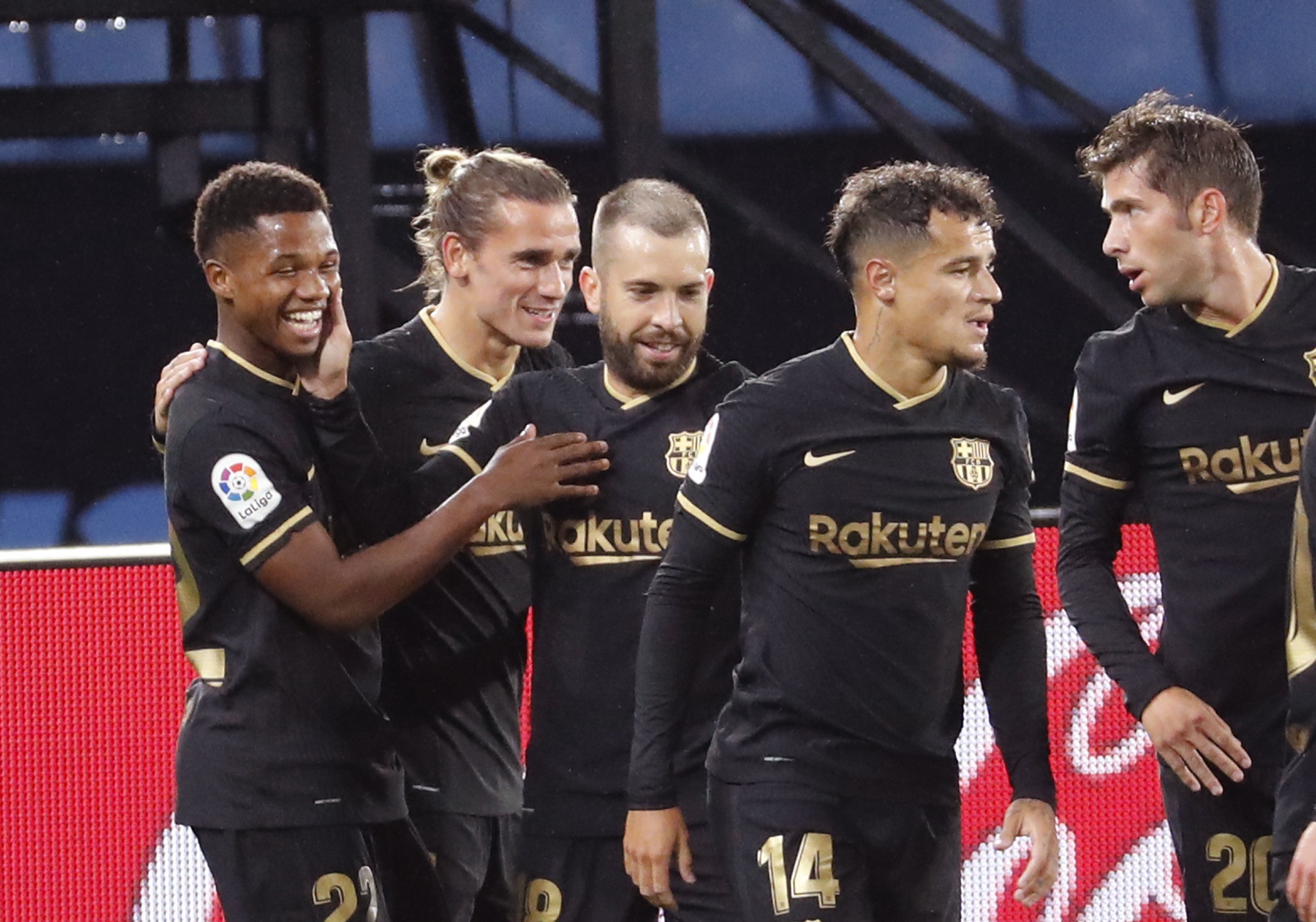 Barcelona continued their 100 percent winning start in La Liga with a comfortable three-goal victory at Celta Vigo on Thursday night, despite playing the majority of the encounter with 10 men.

Ansu Fati had given Ronald Koeman’s side the early lead – his 11th goal for Barcelona with just 16 shots on goal – but the visitors had central defender Clement Lenglet sent-off three minutes before the break.

There was some fortune in how it ended up in the back of the net, but there was nothing lucky about that incredible dribbling 🙌

It was the most difficult period of the game for the Blaugrana, who had Gerard Pique’s red card minutes earlier overturned by VAR due to an offside in the build-up.

However, the Catalan side bossed the second half of the game – Celta’s Lucas Olaza inadvertently put the ball into his own net seven minutes after the break, before Lionel Messi’s effort was disallowed for a marginal offside call.

Sergi Roberto wrapped up the scoring late in injury time to record Barcelona’s first victory in Vigo in their last seven visits.