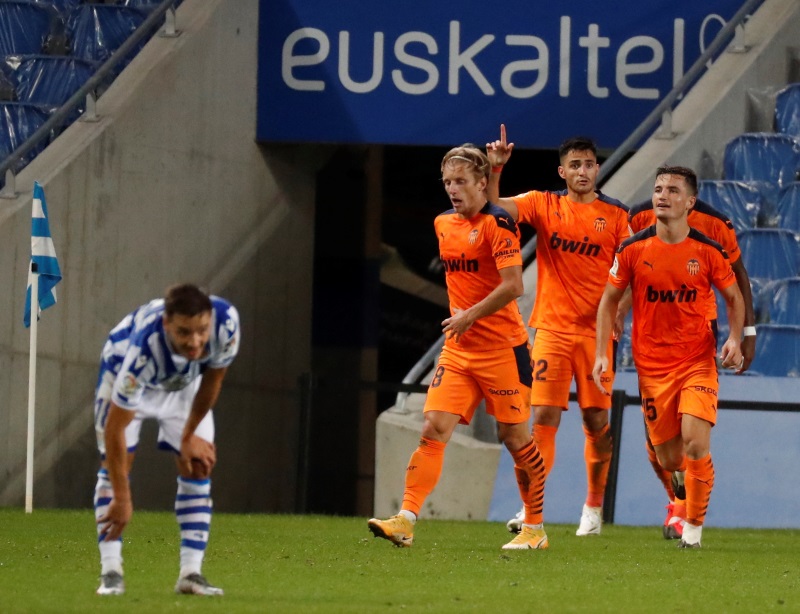 Real Sociedad were denied a dramatic equaliser late into injury time by VAR as Valencia temporarily moved to the top of La Liga with an impressive victory.

Maxi Gomez’s goal 15 minutes from time was enough to secure the victory for Los Che, who have now collected seven points from their opening four rounds of action.

La Real, who had entered the game unbeaten and with five points from their opening three games, thought they had secured a draw late on but Robin Le Normand’s equaliser was ruled out by VAR.

The defender had the ball in the net in the fifth minute of added time but the goal was retrospectively ruled out after it was confirmed that the Real Sociedad player had used his hand.

It was Valencia’s first league victory away from the Mestalla since December 2019 and ensures that they, temporarily at least, move to the top of the Spanish top flight.