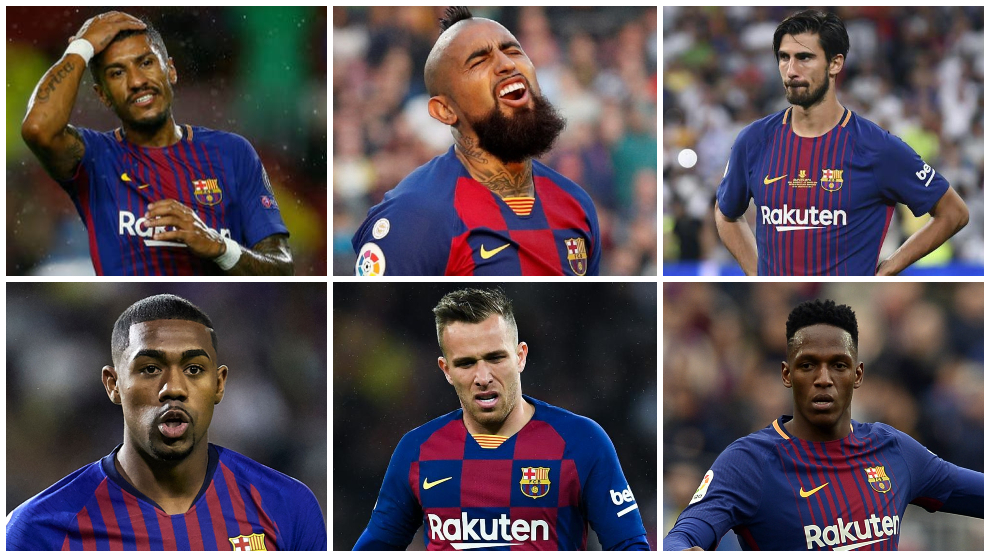 Barcelona have sold 16 signings since 2018

Barcelona have lost patience with many of their signings in recent times and Marca has outlined how 16 arrivals at the Camp Nou have been sold since 2018.

The Catalan giants have decided to shift on a number of their arrivals in recent times and only three of those 16 who have been moved on have lasted more than three seasons – Thomas Vermaelen, Ivan Rakitic and Luis Suárez.

The report highlights how five players have lasted just one season or less in that timeframe including Brazilians Marlon, Malcom and Paulinho, Colombian central defender Yerry Mina and forward Gerard Deulofeu.

Denis Suarez lasted two-and-a-half seasons while Aleix Vidal, Nelson Semedo and Jasper Cillessen were all sold after the years in Catalonia.

Vermalen lasted four campaigns while Rakitic and Suárez were at the club for six years each.