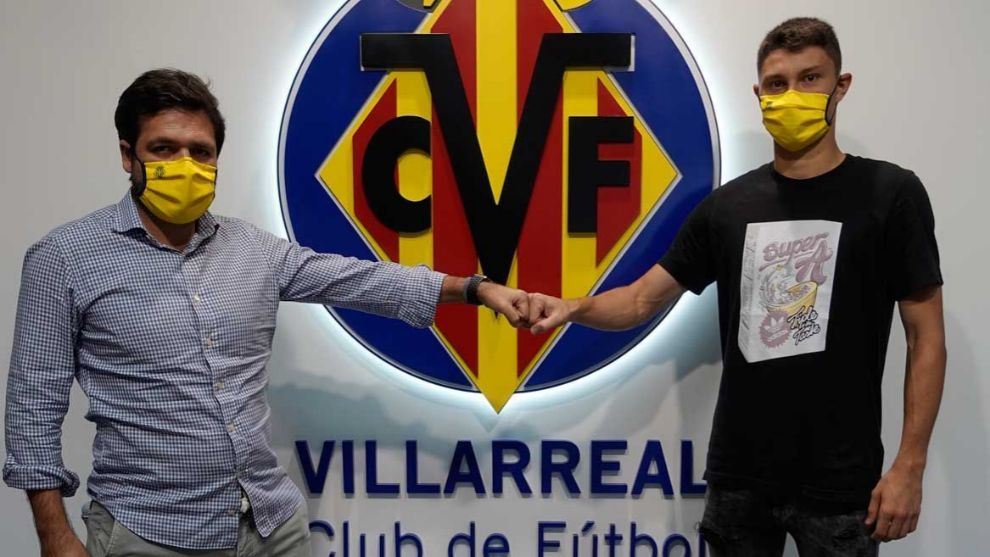 Villarreal have confirmed they have completed the signing of Spain Under-21 international defender Jorge Cuenca from Barcelona.

Cuenca has been a regular in the Spanish international youth sides throughout his fledgling career and has now penned a five-year contract with the Yellow Submarine, whom he supported as a child.

A new signing for the future with a yellow childhood! 💛

As part of the deal, the 21-year-old will now join Segunda promotion hopefuls Almeria on a season-long loan arrangement.

Despite being a native of the Spanish capital Madrid – where Cuenca began his career playing for Alcorcon – he has always been a fan of Villarreal on the basis that his father’s futsal team wore yellow, so he adapted the club as his favoured team in La Liga.

Cuenca’s one senior appearance for Barcelona came in the Copa del Rey clash against Cultural y Leonesa in October 2018, while he had starred for the club’s B team in recent seasons before his exit.