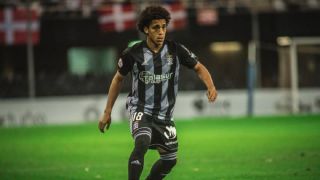 Real Madrid are reportedly lining up a move for Panama international midfielder Adalberto Carrasquilla in the coming days.

Los Blancos have spent nothing in the transfer market so far this summer, with Zinedine Zidane focusing on promoting young players into the first team.

However, as per reports from Diario AS, the defending La Liga champions will make a €1m offer to bring Carrasquilla to the Santiago Bernabeu from Panamanian club FC Cartagena.

Carrasquilla joined FC Cartagena on a five-year deal in November 2019, after initially being loaned to the club on loan from Tauro FC.

The 21-year old is expected to join up with Raul Gonzalez’s Real Madrid Castilla side when a deal is completed, with Zidane looking to call on him, if he establishes himself with the reserve side.

Zidane has already placed his faith in youth at the start of the 2020-21 campaign, with Sergio Arribas and Marvin Park both seeing action in last weekend’s 0-0 draw at Real Sociedad.