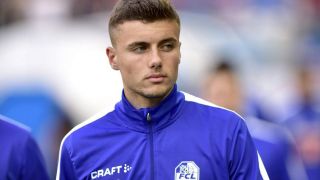 Males has emerged through the youth ranks at FC Luzern, before making his first team breakthrough at the start of the 2019-20 domestic season.

According to reports from Mundo Deportivo, Males has been granted permission to leave the Switzerland U19 training camp this week to complete a move to the Estadio Mestalla on a      five-year contract.

The 19-year old is highly rated in his native country, with a reported value of €1.6m, and Serie A pair Inter Milan and Atalanta both rumoured to be tracking him.

New Los Che boss Javi Gracia is on the hunt for attacking options ahead of the new season, following the departure of Rodrigo Moreno to Premier League new boys Leeds United.

Valencia kick off their 2020-21 La Liga season with a home game against local rivals Levante on September 13.