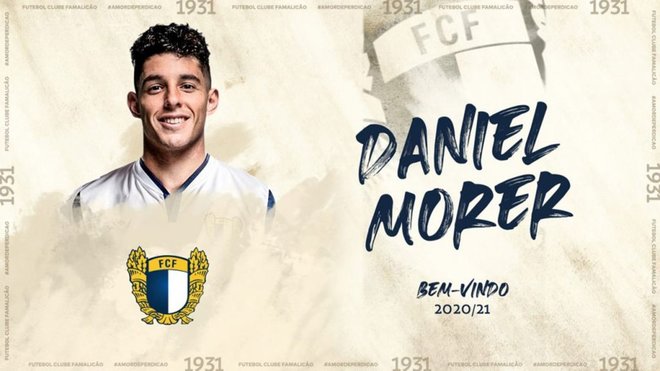 Barcelona have sold B team wing-back Dani Morer to Portuguese side Famalicao in a deal reported by Diario Sport to be in the region of €450k.

The club will also retain 45 percent of any future sale on the 22-year-old, who was part of the club’s B side who narrowly missed out on promotion to the Segunda this campaign, losing against Sabadell in the promotion playoffs.

Morer joined Barcelona’s youth setup as an 11-year-old and was one of the most impressive players in his age groups, winning 10 caps for Spain at Under-17 level.

After coming through La Masia, Morer made his professional debut in August 2017 when he made his Barcelona B team debut and featured regularly for the side across three seasons in Segunda B.

He helped Barcelona to winning the UEFA Youth League in 2018 and had become an important player in the right-back position, but has now joined the Portuguese top flight side on a five-year contract.