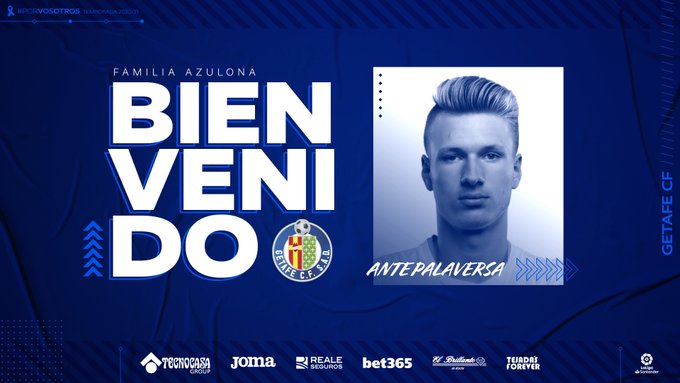 Getafe have completed the season-long loan signing of midfielder Ante Palaversa from Manchester City, the club have confirmed.

The 20-year-old starred at Hajduk Split as a teenager, prompting City to sign him in 2019 but he was subsequently loaned out to Belgian side Oostende last season.

The central midfielder, who has been capped up to and including Under-19 level internationally, has now signed a year-long loan deal with Los Azulones and will add competition to Jose Bordalas’s first-team squad for the next campaign.

Palaversa is widely regarded as one of the brightest young talents in Croatian football and that is what prompted City to sign him last year in a deal worth a reported €7m.

He is the fourth arrival of the summer at Los Azulones and the third loan deal – forward Cucho Hernandez has arrived on a season-long loan deal from Watford while Dario Poveda, another striker, joins from Atletico Madrid.

Turkish forward Enes Unal has arrived in a permanent switch from Villarreal after a successful loan spell at Real Valladolid.