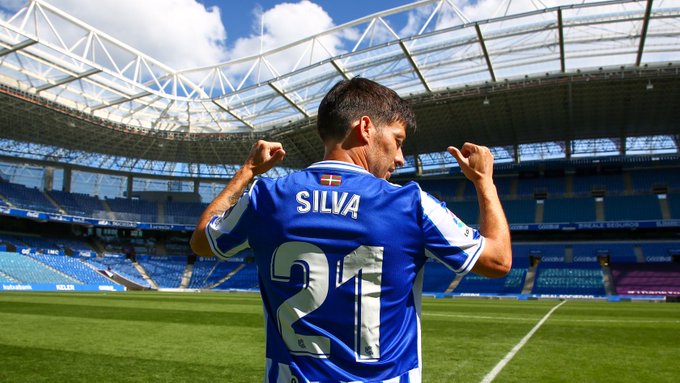 Real Sociedad have confirmed the club’s new signing David Silva has tested positive for Covid-19 after being officially unveiled by the club.

The former Spain international was presented in the club’s Anoeta stadium on Monday having completed his move from Manchester City as a free agent earlier this month.

Silva undertook the test on Monday morning and tested positive, having tested negative in his previous round of testing on Friday – and then travelling to San Sebastian.

Because of this scheduling, the club have confirmed he is yet to come into contact with his new teammates and is now going to enter a period of quarantine.

The star playmaker is said to be asymptomatic and in good health, but his period of absence from training will disrupt his integration into La Real – who will get their La Liga campaign underway in less than two weeks.