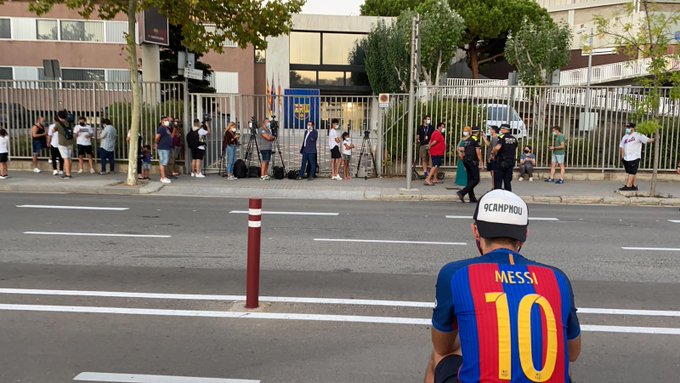 Supporters of Barcelona surrounded the streets of the Camp Nou on Tuesday evening, pleading for club captain Lionel Messi to stay at the club.

Groups of supporters of the Blaugrana began to gather outside the club’s home in the Catalan capital on Tuesday after news broke that Messi is leaving Barcelona this summer.

Alongside voicing their support for the Argentine superstar, fans also chanted for the club president Josep Maria Bartomeu to resign from his position.

The besieged club supremo is serving his final term of presidency and has confirmed elections for March 2021, but supporters believe the time is now for him to exit the club.