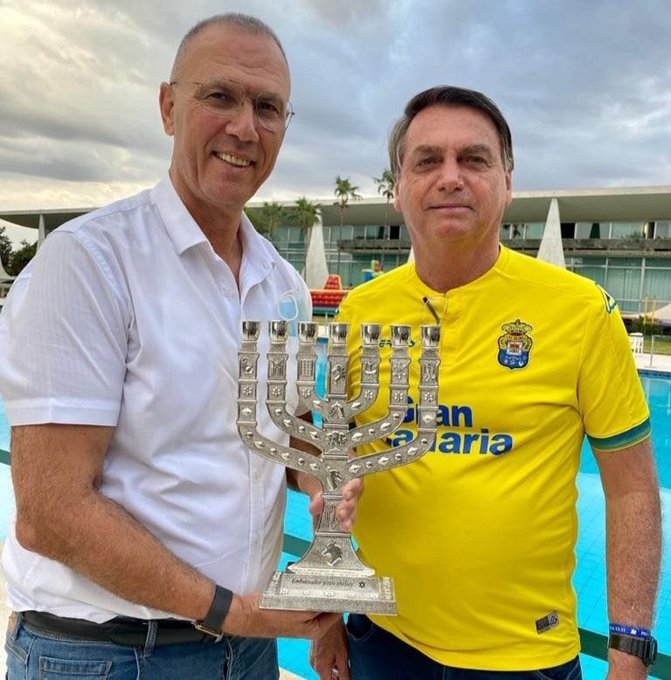 Politicians are not often shy to voice their support for football teams, usually in an attempt to make them appear more in-touch and grounded with everyday people.

However, Brazil’s president Jair Bolsonaro is genuinely a fan of the game and, as per Marca, he is a fan of both Palmeiras and Botafogo in his native country.

Bolsonaro is a hugely divisive and controversial figure who is known for his far-right ideology, and he was in the midst of Brazil’s Copa America celebrations last summer.

Now, he has been pictured signing a peace treaty between Israel and the United Arab Emirates, alongside Israel’s ambassador to Brazil Yossi Shelley, wearing a Las Palmas top.

The Canary Islands team are currently in Spain’s Segunda division and it is claimed that he was gifted the shirt last November by Joaquín José Bermúdez Bonoso, honorary council to Brazil.

Of course, the colours of Las Palmas’s top are hugely similar to the Brazilian national team.