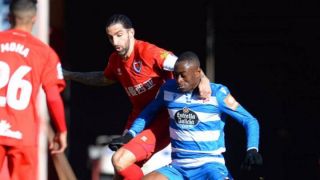 The Spanish players union AFE have recommended that Spain’s Segunda division is increased by four teams for one season only to a 26-team league.

The AFE claimed this would be the fairest solution for teams in the midst of an “unpredictable pandemic” as it would mean that no clubs would be adversely harmed by the situation.

It is a similar suggestion to that proposed by the Spanish FA earlier this month, claiming that a 24-team Segunda campaign for next season should be the solution.

Such a decision would likely mean that Deportivo and Numancia – who were both relegated following the final day results – would be saved from demotion to Segunda B.

The suggested solution of this from messy situation is that the teams who were adversely impacted by the events surrounding that suspended match in A Coruna be saved from relegation, with a 26-team Segunda division for one season only before reverting back to 22 teams of the 2021-22 campaign.

Racing Santander and Extremadura had been relegated to Segunda B ahead of the final round of action, and it remains unclear what the AFE’s proposal would mean for the future of those two clubs.