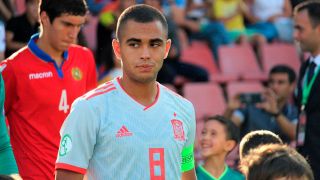 The 20-year old established himself as key player within the Los Blancos youth team ranks, before joining Celta Vigo on loan last season.

However, according to reports from Mundo Deportivo, the Galician club declined to take up their purchase option on the Spanish U19 international, allowing Valladolid to move in.

He made over 20 appearances for the Celta B team in 2019-20, and he is expected to join up with Valladolid’s own B team for pre-season training next week.

Moha joined Real Madrid as a 10-year old, however despite his impressive performances for Raul Gonzalez’s reserve side, he was unable to break into the first team.

He played a key role in Spain’s U17 European Championship win in 2017, alongside Ferran Torres and Eric Garcia, before winning the competition again at U19 level in 2019.