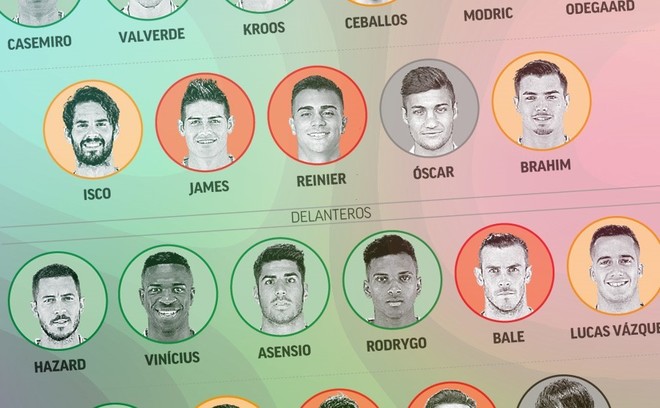 Real Madrid are intent on streamlining all their efforts this summer into thinning their squad and are focused on multiple player exits.

It was announced on Tuesday that central defender Jesus Vallejo had joined Granada on a season-long loan deal.

A report in Marca claims that the club are hopeful of multiple more exits over the coming weeks, including several permanent ones.

Brazilian midfielder Reinier is expected to complete his loan switch to Borussia Dortmund, while Takefusa Kubo has already joined Villarreal on a season-long loan deal.

Goalkeeper Alphonse Areola has also been moved on after ending his loan stint from Paris Saint-Germain, while defenders Achraf Hakimi and Javi Sanchez have been sold in permanent deals to Inter and Real Valladolid respectively.

Borja Mayoral, Sergio Reguilon and Óscar Rodríguez – who all spent the last season on loan at La Liga clubs – are all expected to depart permanently this summer.

The club’s priority, however, is to shift both Gareth Bale and James Rodriguez onto new clubs – although these are likely to be the two toughest bits of business to complete.