Ex Barcelona president Joan Gaspart wants the club to regain their composure over the potential for immediate elections.

The Catalan giants were set to undergo presidential elections later this year, however, following the dramatic 8-2 Champions League defeat against Bayern Munich, they could be moved forward.

Current president Josep Bartomeu is under growing pressure to resign in the wake of their European exit, but, Gaspart believes the club should assess all options in the coming weeks.

“In a few months we have elections, and Bartomeu should not stand again,” he told an interview with Radio Marca.

“However, leaving Barcelona now would not be good for the club.

“The club need to make the right decisions, and they cannot panic.”

Barcelona have already confirmed their internal elections would be moved from early 2021 to autumn 2020, with two new candidates set to battle for the opportunity to replace Bartomeu.

Fellow former president Joan Laporta has announced his intention to return to the Camp Nou, on the ticket of bringing Pep Guardiola back as manager.

Catalan entrepreneur Victor Font will be Laporta’s opponent, with his focus centred around a revival of the La Masia Academy and a return of former midfielder Xavi Hernandez as manager. 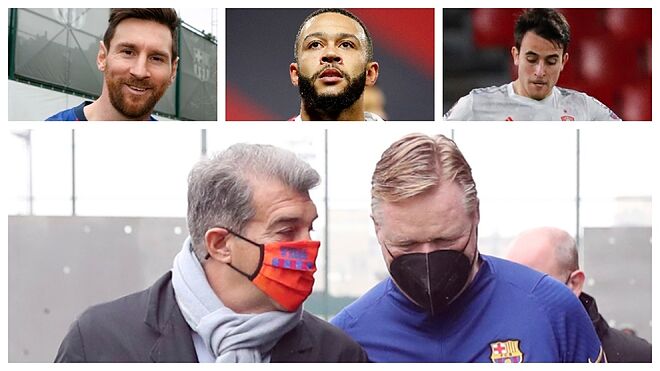