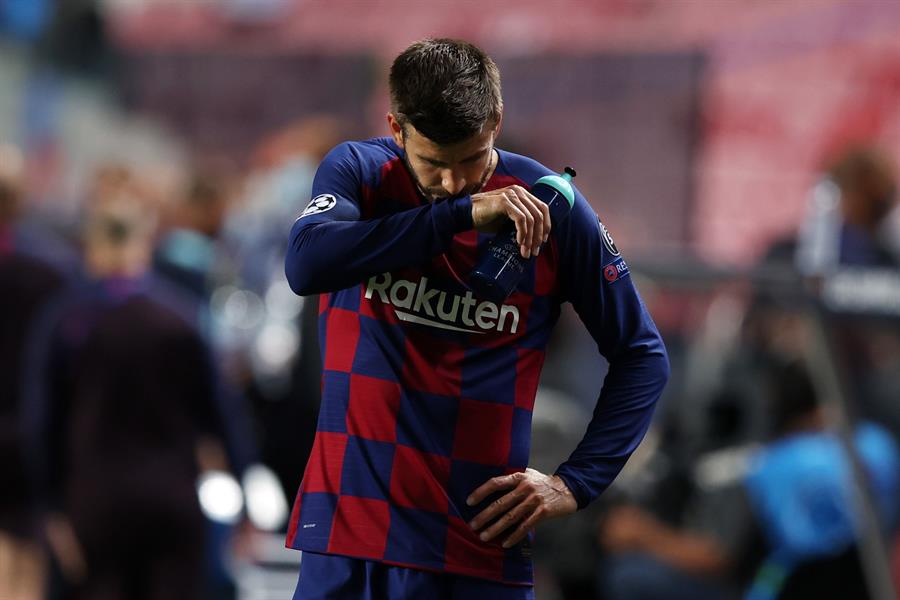 Barcelona’s veteran defender Gerard Pique conceded the club is in need of major changes following their Champions League demolition at the hands of Bayern Munich in Lisbon.

Hans-Dieter Flick’s side were in ruthless form at the Estadio de Luz, as the Bavarians racked up an 8-2 win over Quique Setien’s side.

However, the result is likely to raise deeper questions about the structures in place at the Camp Nou, as La Blaugrana look to recover from a poor end to the 2019-20 season.

Former Spanish international Pique was clear in his post match interview, stating the club has no option but to invoke serious changes in the coming months, as per the front page of Saturday’s edition of Marca.

“This is shameful. We cannot perform like this in Europe and this is not the first, second or even third time, we have hit rock bottom,” he said.

“The club needs changes, and that is not just the playing staff, but the whole club.”

Pique also hinted that he would be heading for the exit, if the club decided there was no longer a role for him within their plans for the 2020-21 season.

The 33-year old’s comments are likely to cause shock waves within the club, with his bold pledge to step aside from the firs team a real indication of the issues they are battling against.

Setien is set to come under increased pressure in the coming weeks, with the club board likely to consider his future before the end of August.