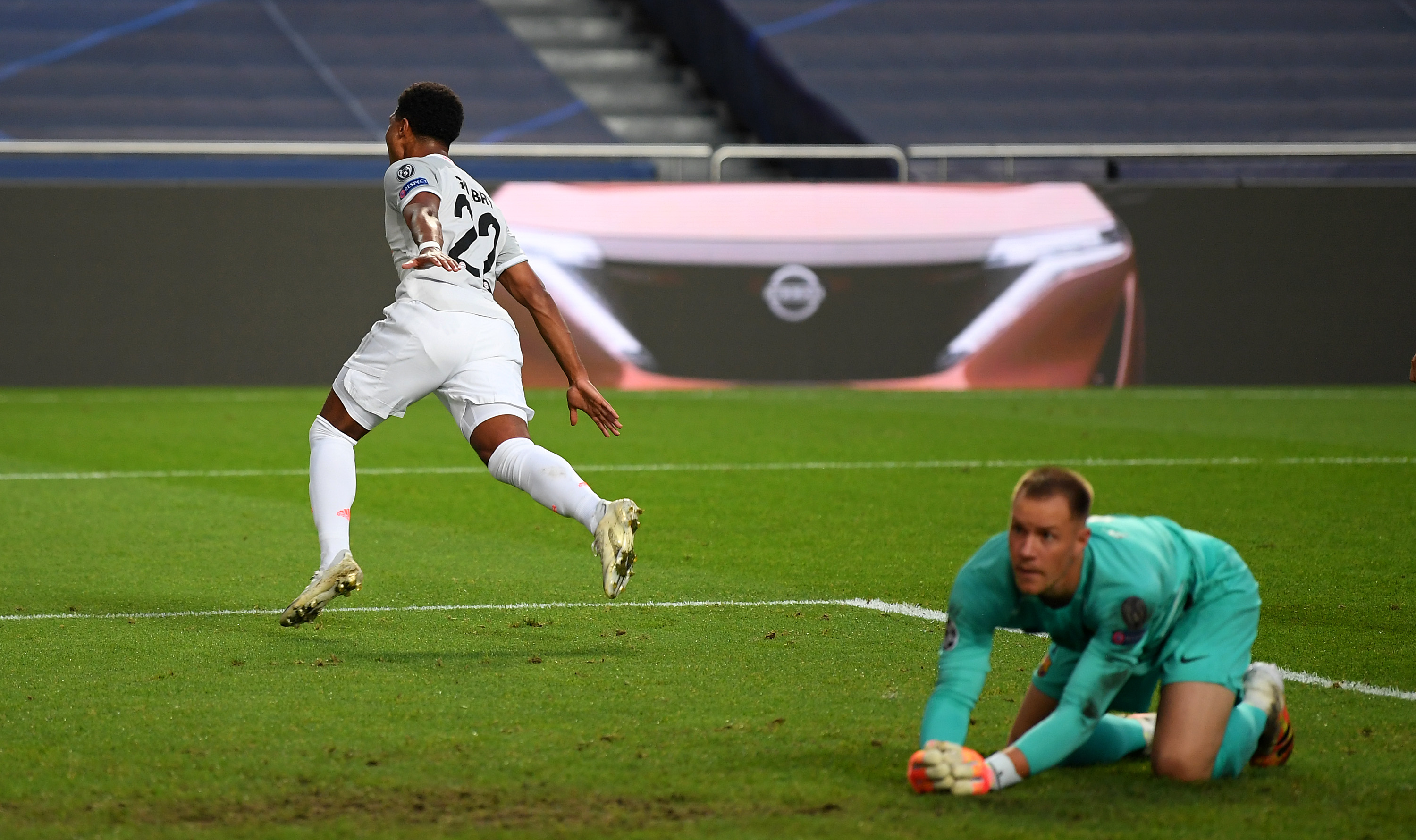 Bayern Munich have showed their Champions League intent with an incredible three goals inside the first half an hour against Barcelona.

Hans-Dieter Flick’s side have showed an incredible ruthless streak to power into a 4-1 lead at the break, with Thomas Muller, Ivan Perisic and Serge Gnabry all getting on the score sheet in Lisbon.

German international Muller edged the Bavarians inside the first five minutes, as he latched onto Robert Lewandowski’s return ball inside the box to tuck past Marc Ter Stegen.

Barcelona showed some signs of life, as David Alaba’s odd own goal drew them level, and Sergio Busquets struck a post.

But the Bundesliga giants were in no mood to slow down, as Gnabry fed the onrushing Perisic, and his deflected effort flew past Ter Stegen.

With Barcelona unable to react to the onslaught, Gnabry took full advantage of some poor defending to race past Clement Lenglet and make it 3-1.