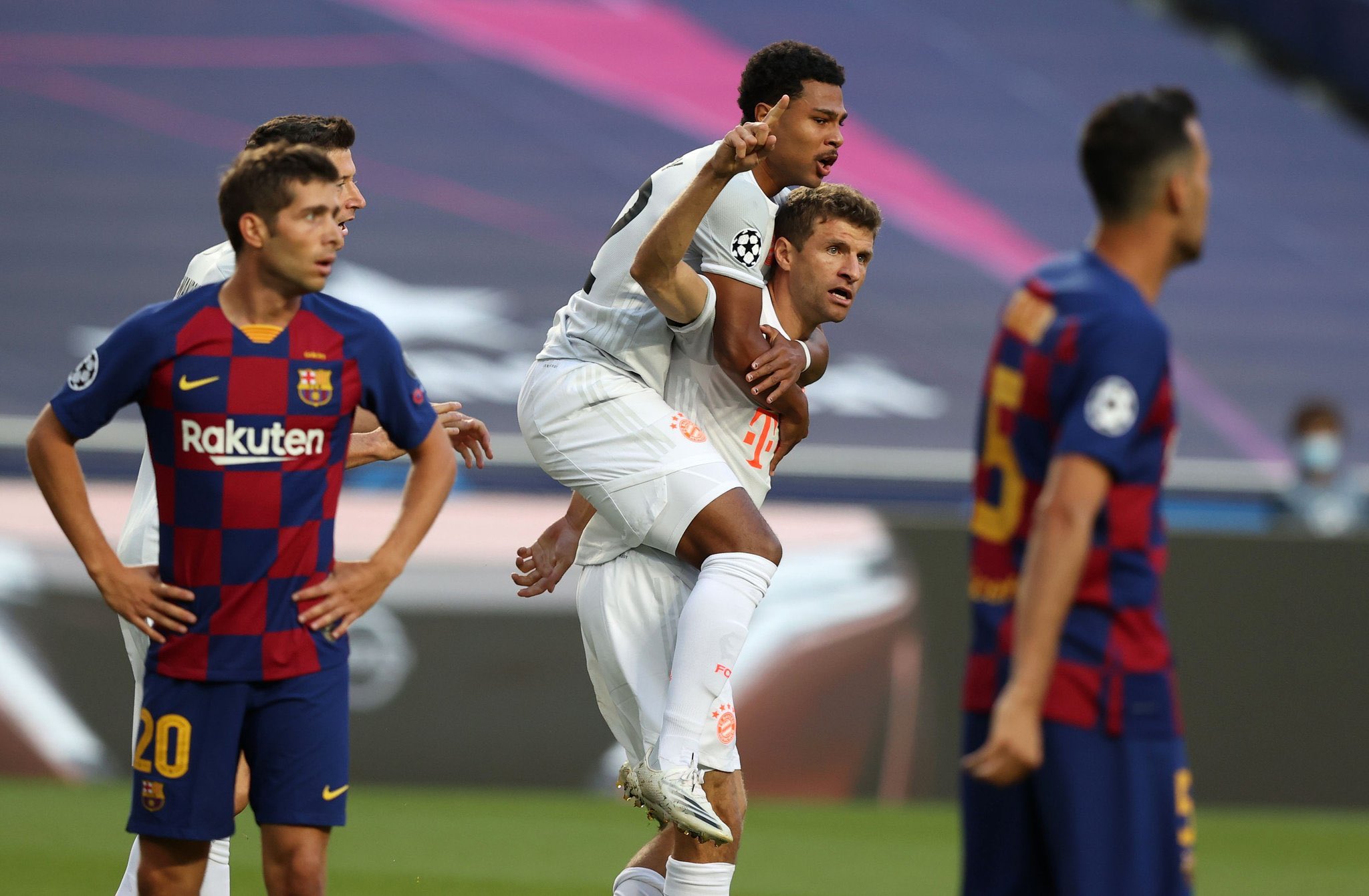 Barcelona’s Champions League clash with Bayern Munich in Lisbon has exploded into life in the early stages, with two goals inside the first ten minutes.

Bayern powered past Chelsea in the last 16, and Hans-Dieter Flick’s side carried the greater threat in the early stages, as Gerard Pique was forced into a last ditch clearance.

However, their pressure told after just four minutes, as Thomas Muller exchanged passes with Robert Lewandowski inside the box, before firing past Marc Ter Stegen.

But despite struggling to get a grip on an frantic start to proceedings at Estadio de Luz, Quique Setien’s side were handed a shock route back into the game just three minutes later.

Frenkie De Jong glided into the area, and tried to feed Luis Suarez, but the retreating David Alaba got there before the Uruguayan international, to divert a bizarre own goal past Manuel Neuer.

Disastrous own-goal, yes, but what a finish… 👀

Barcelona have looked to up the tempo from there, with Luis Suarez testing Neuer from close range, and Sergio Busquets firing the rebound against the post.