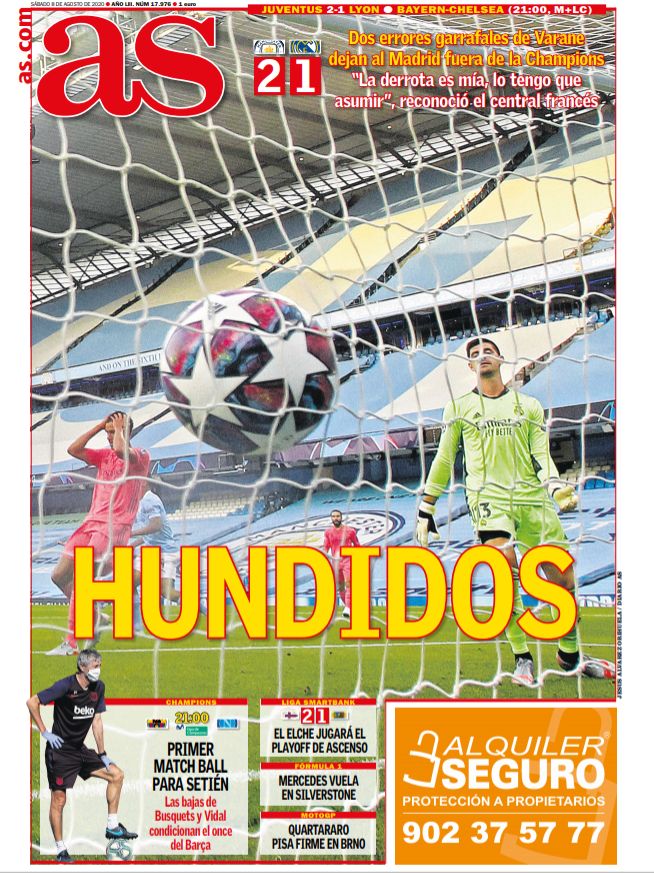 Fuenlabrada miss out on Segunda play-off spot with Deportivo defeat

Fuenlabrada have missed out on a Segunda Division play-off place following a dramatic late 2-1 defeat at Deportivo la Coruna.

The two sides faced off at the Ciudad Deportiva de Riazor on August 7, in their rescheduled final game of the 2019-20 season.

The original clash between the two sides was postponed on July 20 after a number of Fuenlabrada players testing positive for Covid-19 ahead of kick off.

The following weeks were dominated by criticism of both Fuenlabrada and La Liga’s handling of the situation, with league president Javier Tebas forced to apologise.

However, an agreement was reached to replay the game, as Fuenlabrada looked to overtake rivals Elche and claim a play-off spot.

But, as per reports from the front page of Saturday’s edition of Diario AS, despite already being relegated to the third tier, Deportivo pulled off a win.

Pathe Ciss’ early strike put the visitors ahead, but a late goal from Claudio Beauvue levelled it, before the Guadeloupe international netted a 95th minute penalty to secure all three points.