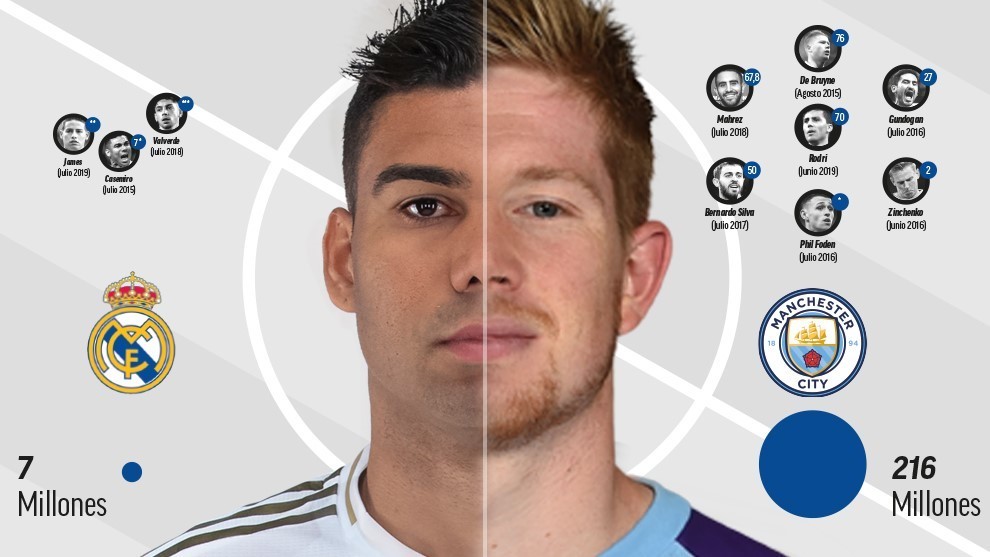 Manchester City have spent a staggering €209m more on their midfield than Real Madrid  across the past five years.

The details are highlighted by analysis in Marca, who compared the difference in spending levels between the two teams ahead of their Champions League Round of 16 return leg in Manchester on Friday.

It is outlined how Madrid have spent just €7m on their midfield since 2015, with Casemiro’s return from a loan spell from Porto their only outgoing on midfielders in that time.

Toni Kroos and Luka Modric had been in place in the first-team before that, while James Rodriguez, Isco and Fede Valverde had also been on Madrid’s books before that timeframe.

By contrast, City have spent 31 times this amount, with the €76m spent to sign Kevin de Bruyne their biggest outlay on any player in that time.

The likes of Ilkay Gundogan, Rodri, Bernardo Silva and Riyad Mahrez are other significant outlays City have made in that timeframe under Pep Guardiola.