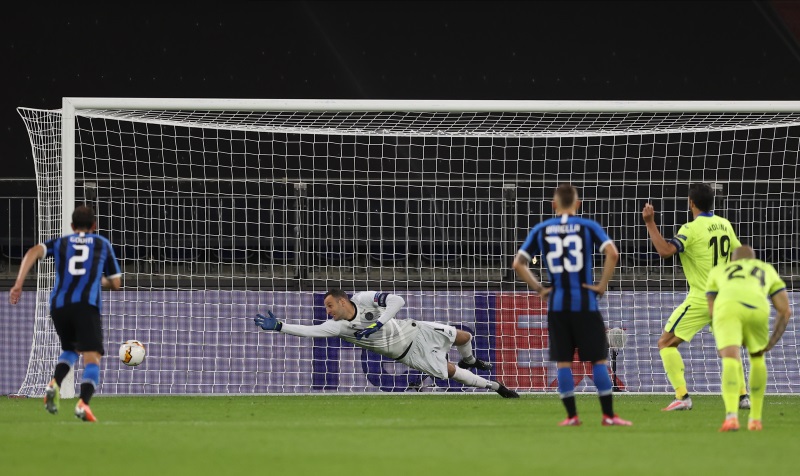 Getafe out of Europa League after defeat at Inter

Getafe crashed out of the Europa League at the Round of 16 stage after suffering defeat against Inter in Gelsenkirchen.

Romelu Lukaku’s fist half strike and a late second from substitute Christian Eriksen secured victory for Antonio Conte’s side, while Los Azulones were made to rue a second half missed penalty from striker Jorge Molina.

This was a one-off Round of 16 tie despite being originally scheduled as a two-legged encounter back in March, but Covid-19 brought European football to a halt and football was suspended.

Lukaku’s 30th goal of the season on the half-hour mark put Inter on their way – holding off Getafe defender Xabi Etxeita before firing home into the far corner.

Getafe will regret Molina’s missed penalty – skewed wide of the target – having been awarded following a lengthy VAR decision before Eriksen doubled the lead minutes later.

Inter will now play either Scottish side Rangers or Bayer Leverkusen at the quarter-final stage on Monday evening.

Getafe’s European run is over after a memorable triumph over Ajax at the Round of 32 stage, and they have also missed out on qualification for next season’s tournament.