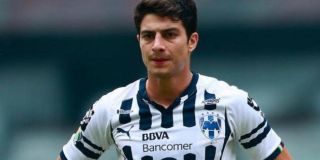 Real Valladolid are considering a summer swoop for Monterrey centre back Stefan Medina as part of a transfer overhaul ahead of next season.

Sergio Gonzalez’s side enjoyed a strong return to La Liga in the 2019-20 season, and they are set to bring in a number of targets in the coming months.

Gonzalez has already secured the free transfer of Luis Perez from Segunda Division side Tenerife, and reports from Marca claim he will now make a bid for Colombian international Medina.

The 28-year old only has a year left on his contract with the Liga MX club, and could be available for a fee in the region of €3.5m.

The report also claims Gonzalez could be willing to allow experienced pair Javi Moyano and Antontito Regal to leave the club ahead of the 2020-21 campaign.

Skipper Moyano is out of contract next month, with no update on a new deal being offered.

Regal has less than 12 months to go on his own deal, but after playing a back up role this season, he could be moved on.