David Silva was born in the fishing village of Arguineguín in Gran Canaria. His first team was his local side UD San Fernando. After five years and playing in a variety of positions from striker to even goalkeeper, the young Silva struck gold and moved to his now known attacking midfield position. It was a switch which would change his life.

At the age of 14, his talents became apparent and Valencia came calling. He would spend three years in the youth ranks before making the step up to the main youth academy side.

After a first season in the youth team, Silva went out on loan for two productive seasons. Basque outfit Eibar was his first point of call. There he played in the Segunda Division and after a successful period he followed that with a season with Celta Vigo in La Liga. After scoring four goals in each of these seasons, he rapidly improved and matured on the field. Silva was ready to return to the first team fold at Valencia.

What followed was the becoming of David Silva. A successful four-year-spell which would enhance his star billing further. In 2006 he made his debut for the Spanish national team against Romania. In 2008, he would lift the first trophy of his career with the Copa del Rey defeating Getafe in the final. In his final season in 2010, he would attain a career best in La Liga with eight goals to help Valencia finish 3rd and return to the Champions League. All of this playing in a star-studded side which included fellow Spanish international attackers Vicente, Joaquín, Juan Mata and David Villa.

The new decade brought a new challenge as Manchester City persuaded Los Che to part with their starlet. Silva joined the Citizens at a time where the club were in its early developmental years but the player himself was already the polished performer. He was one of the original pillars of this new mega-club that Manchester City now are worldwide. But there were initial doubts about his compatibility in English football. For a player so diminutive, there were arguments he would not be able to adapt to the rigours of the tough and high intensity Premier League. However, his drive and fierce competitive style surprised many as he would instantly hit the ground running and became a key player from the outset.

His class and elegance instantly wowed fans up and down the league. His stylish nature was reflective of his idol as a child – the great Michael Laudrup. Those slalom runs gliding along the pitch like an ice skater, his pinpoint cutting edge passes, dribbling ability and vision were what Silva modelled himself on the great Dane.

He was handed the 21 shirt which he also wore at Valencia. From then on, his career only went one way: up – and flourished year on year becoming an integral player of the team. His ability and likable nature earned him respect by his teammates, supporters and rival opponents. Known as ‘El Mago’ he really has performance some magic tricks throughout his career.

In total with City, he has amassed 434 games and has scored 77 goals with 140 assists. It has not all been plain sailing though. Last season, he took time off to be with his poorly new-born son who had been born prematurely after 25 weeks. Pep Guardiola gave the player all the time off he needed to tend to the more important matter of his life and supported him in whatever they could. Thankfully, his son Mateo made a full recovery and Silva joined up once again with his team to do what he does best; consistently performing at the highest level

Throughout his decade of delight at City, he has won every domestic honour possible including four Premier League titles to cement himself into the folklore of Manchester City history. Also, he has been integral to shift the power from the red half of the city. He has enjoyed success in his international career too – a World Cup winner a decade ago this summer as part of the record three titles in a row with Spain adding to the European Championship successes in 2008 and 2012. Winning 125 caps and netting 37 goals meant Silva played a huge role in Spain’s golden generation.

After a decade of unparalleled triumphs, Silva will be leaving Manchester City this summer for pastures new. With his contract up and seeking a fresh challenge, speculation links him with various clubs including former stomping ground Valencia, David Beckham’s Inter Miami and the riches of the Middle East.

For the moment, Silva is currently awaiting his final Champions League campaign with City, where he extended his contract short-term to see out the rest of the season at the Etihad due to the pandemic crisis. It is a shame there will not be supporters present in the stadium to give him the fitting finale he deserves but fans around the world will acknowledge they have witnessed a true La Liga and Premier League great. 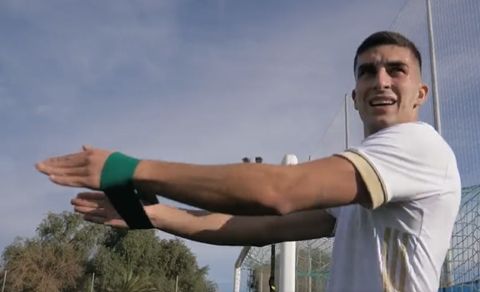