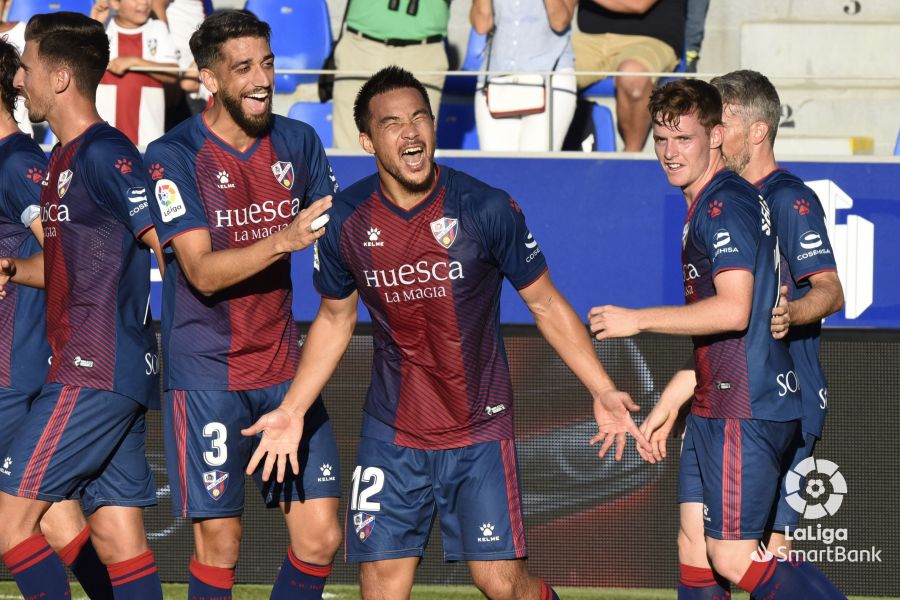 Newly promoted Huesca have secured a one-year deal for top scorer Shinji Okazaki, following their return to La Liga for the 2020-21 campaign.

Michel Sanchez Munoz’s side secured the Segunda Division title on a dramatic final day in the Spanish second tier, as they were automatically promoted alongside rivals Cadiz.

Munoz confirmed that following their return to La Liga, one of the club’s first pieces of business would a new contract for Japanese international Okazaki.

The former Leicester City star joined Huesca at the start of 2019-20 after his contract at Malaga was voided over financial issues at the club.

However, despite turning 34 during the season, he has been a key player for Huesca, netting 12 goals in 36 league games.

According to reports from Marca, Huesca have now agreed another 12-month deal with the veteran striker, as they aim to make a solid start on their return to the top-flight.

Despite the positivity over retaining Okazaki, Munoz could face a battle to keep hold of goalkeeper Alvaro Fernandez, after the former AS Monaco star produced a fine string of displays last season.