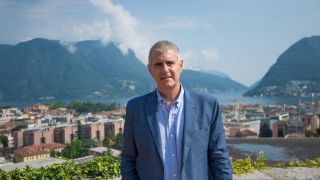 Real Betis have secured the appointment of highly-regarded sporting director Antonio Cordon on a four-year contract.

Cordon has an excellent reputation across European football and is viewed as one of the most successful sporting directors, with his arrival following the appointment of Manuel Pellegrini as Betis coach.

Cordon spent a total of 17 years at Villarreal, firstly as a scout and then moving up to the position of sporting director, where he worked alongside Pellegrini and spent a year at Monaco.

The 56-year-old – who was most recently involved with the Ecuadorian national team – struck up a successful tandem with Pellegrini at Villarreal, who reached the Champions League semi-finals in 2006.

Cordon then moved to Monaco in 2016 – ahead of the year the French club pipped Paris Saint-Germain to the Ligue 1 title, before negotiating the huge sales of multiple stars including Kylian Mbappe’s move to Paris.

Cordon’s task at Seville will be to identify affordable talent who can push the club back towards European football whilst also generating profit on star players.