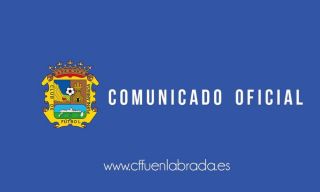 Spanish second division club Fuenlabrada have confirmed one of their players requires hospital treatment after being tested positive for coronavirus.

The Madrid-based club clarified that the player’s health was not in a “serious” situation but he had been transferred as a precautionary measure after beginning to “feel unwell”.

The player has not been named by the club, who have requested that privacy around the situation is maintained.

The uncertainty surrounding the situation has continued this week with confirmation that the promotion playoffs were being postponed until confirmation of the final participant.

The situation has moved into further uncertainty after it emerged that La Liga president Javier Tebas asked Fuenlabrada for €130k for providing ‘legal advisory services’ in 2018, creating a potential conflict of interest and further muddying the waters of what will happen next.

That has since led to a chaotic situation in the Segunda Division, with it unclear now if and when that match will be played, with the Competition Committee alleging Fuenla breached protocols and endangered public health.