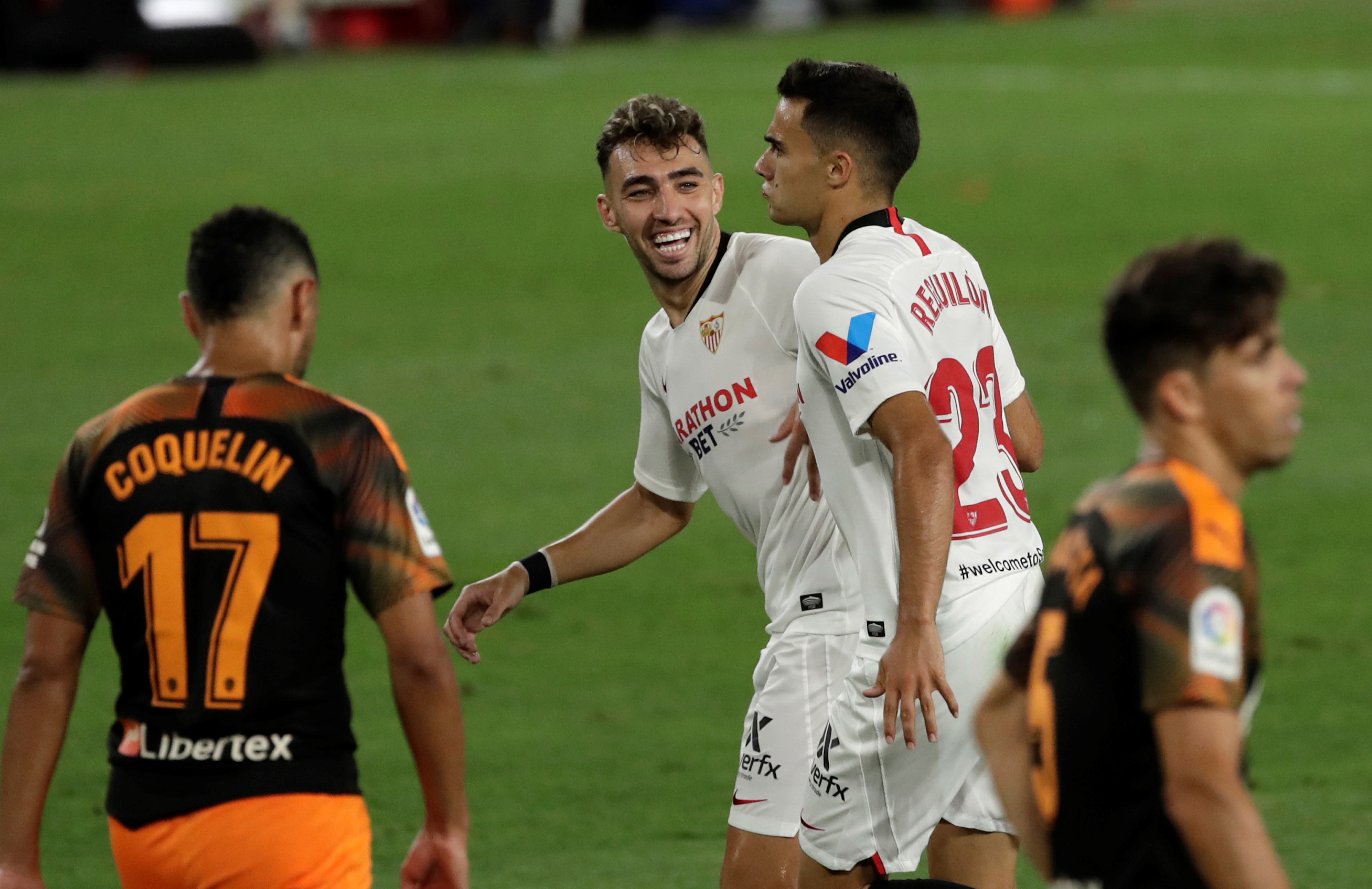 Sevilla ended a strong campaign in style on Sunday evening, beating Valencia 1-0 at the Sánchez-Pizjuán to secure a club-record 17-game run without defeat. The result ensured that Sevilla finished ten points clear of fifth-placed Villarreal to confirm Champions League qualification, while Valencia’s result condemned them to a ninth-placed finish that will see them miss out on European football next season.

Sevilla marked the death of Alhaji Momodo Njie before kick off, the Gambian footballer better known as Biri Biri. He was the club’s first ever black footballer – widely regarded as the Gambia’s greatest ever – and enjoyed a cult following at the Andalusian club, with their Biris Norte Ultra group named after him. He passed away on July 19th in Dakar, Senegal, at the age of 72, and will be both greatly missed and fondly remembered by Spanish football.

The game started promisingly, with chances at either end. Valencia’s Gonçalo Guedes tested Yassine Bounou in the opening minutes with a long-distance drive, before Sevilla’s Óliver Torres saw his effort from inside the box kept out by Jaume Doménech. Lucas Ocampos, in fine form this season, challenged the Valencia goalkeeper again moments later with an acrobatic effort at his near post. Sevilla began to assume control of the game as it matured, with Valencia struggling to assert themselves. Sevilla’s midfield three of Nemanja Gudelj, Joan Jordán and Óliver proved their worth against Valencia’s pairing of Dani Parejo and Francis Coquelin, both who have been linked with Sevilla in recent days.

Moments after the second half began, Munir came close to giving Sevilla a deserved lead. Sergio Reguilón carried the ball forward on the left side before feeding Munir, who turned smartly and rattled the far post with a vicious effort. Soon after, Reguilón took matters into his own hands. This time he won the ball high on the left side before cutting in on his right foot, pushing clear of his marker, and sending a well-placed effort directly into the top corner. It was an outstanding goal from a player who’s enjoyed an excellent maiden campaign in Andalusia – Sevilla will be hoping he’ll choose to stay rather than return to his parent club Real Madrid.

Despite having it all to play for, Valencia failed to respond to the goal. Each side enjoyed chances, but neither produced anything of sincerity. Jules Koundé almost doubled home advantage when Jordán sent up an alley-oop to him in the box only for him to misdirect his free header over the bar, while Valencia’s Kevin Gameiro flashed a driven shot just wide after smart work from Thierry Correia and Parejo.

Ferran Torres, perhaps playing his last game for Valencia, was taken off after a quiet showing with 20 minutes left, with his team unable to fight their way back into the tie and thus surrendering a Europa League place. It was a flaccid end to a disappointing campaign, with a worrying close-season ahead for one of Spain’s biggest clubs. Their supporters will hope that their yet-to-be-appointed manager will bring unity to a divided club and, free from the distraction of European football, guide them back to where they belong next season. Sevilla, on the other hand, will look to the new campaign with optimism and confidence. Their first order of business will be to retain their strongest talents, and add some firepower in the centre-forward position – loanee Carlos Fernández, who has impressed at Granada this season, could be the answer. If Julen Lopetegui and Monchi can end this transfer window in better shape then they begin it, Sevilla could be next season’s dark horse, de verdad.