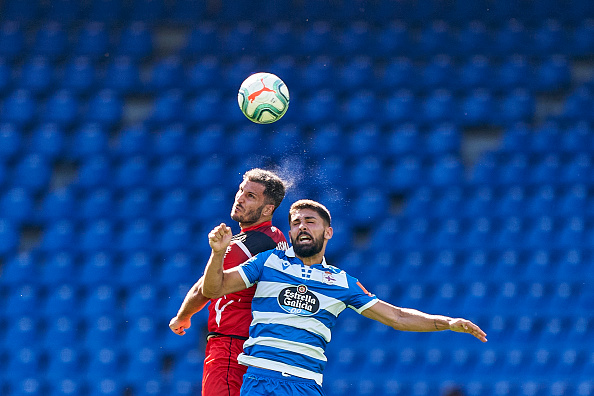 Deportivo La Coruna want the Spanish FA and La Liga to overrule their relegation as they plan not to play their final league game against Fuenlabrada.

Depor’s final day clash on Monday night at home to play-off chasing Fuenlabrada was suspended after members of the visiting squad tested positive for coronavirus.

Now, a report in Marca claims how Depor are calling for Spain’s Segunda division to be expanded to 24 teams and rule out their relegation alongside that of Numancia – who were demoted on the final day despite their win over Tenerife.

Depor’s relegation was confirmed as relegation rivals Lugo and Albacete also picked up victories – over Mirandes and Cadiz respectively – to mathematically condemn them to the regionalised Segunda B.

Deportivo claim their rivals have an unfair advantage, and a decision from the authorities which results in the relegation will be disputed, as Fuenlabrada are alleged to have breached public Covid-19 protocol.

However, La Liga have since rejected this idea as per Cadena Cope, although Depor could yet seek legal action.

The situation could potentially become very messy as the Galician club are planning to protest by not staging their final day game against Fuenlabrada, who need one point to secure a promotion playoff spot ahead of Elche.