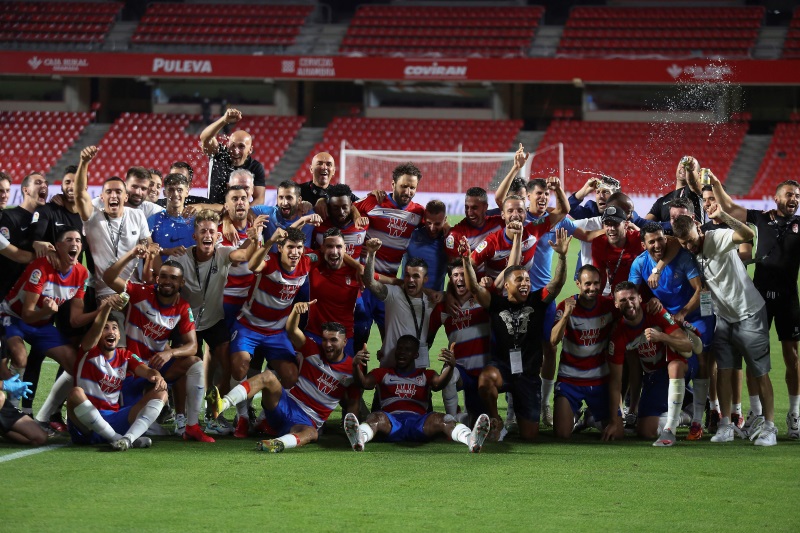 Granada secured their first ever European qualification to continue a remarkable story that Marca has described as worthy of a Hollywood film.

The Andalusian club were only promoted back to La Liga last season after a two-year absence and they began the campaign with an operating budget of €37.5m – the third lowest in the top-flight, with many pre-season predictions claiming they would struggle to survive.

However, under the guidance of boss Diego Martinez the club have been the revelation of the season – securing their first ever campaign in European football next season having also reached this year’s Copa del Rey semi-finals.

John Jiang became the club’s president in 2016 and claimed that he would take the club to European football within three seasons – a promise that was widely discredited.

The doubters appeared to have been proven correct when the club were relegated 12 months later, with a squad comprised of 17 loanees with many of the club’s starting line-ups not featuring any Spaniards.

Granada pressed the reset button in the second tier and after a season of rebuilding, earned promotion last season before continuing to develop their squad this season.

This campaign’s squad had a base of Andalusian talents: Martínez, Puertas, Quini, Vico, Germán, Neva, Antoñín, Víctor Díaz , Vadillo, Álex Martínez and Carlos Fernández, in a stark comparison to the 2016/17 project.

It has proven an extremely successful campaign with Granada – who remarkably topped the table in October – secured 16 league wins and 56 points to secure a spot in next season’s Europa League on the final day.

This is the story of a club reborn, worthy of a Hollywood film of triumph in the face of adversity.